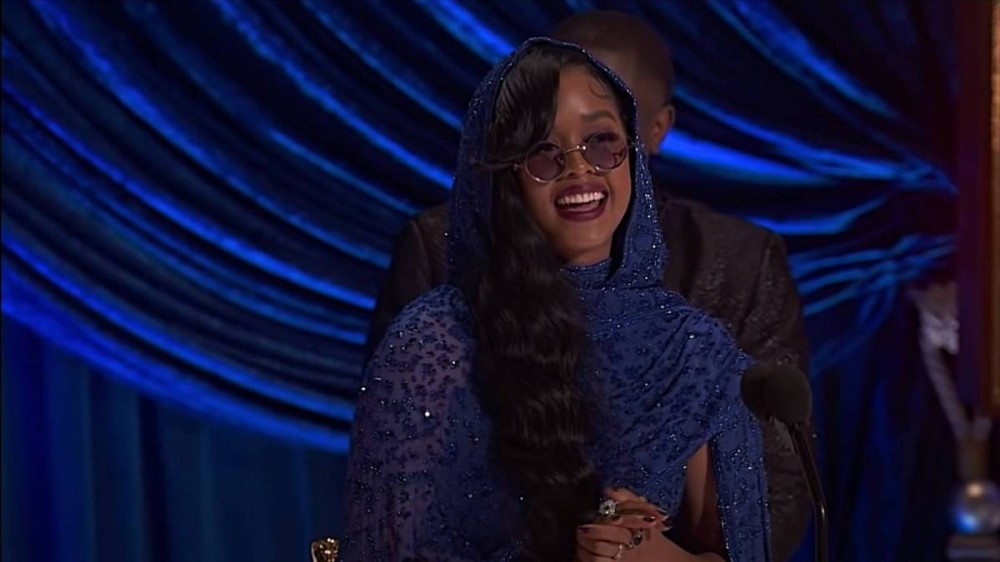 Hollywood, CA – The 93rd Annual Academy Awards took place at both the Dolby Theatre and Union Station in Hollywood on Sunday night (April 25).

During the ceremony, Get Out actor Daniel Kaluuya took home the Oscar in the Best Supporting Actor category for his role as activist Fred Hampton in Judas and the Black Messiah. The Shaka King-directed film was also nominated in several other categories, including Best Original Song for “Fight For You” by H.E.R. which wound up winning.

Along with co-collaborators Dernst Emile II and Tiara Thomas, H.E.R. excitedly made her way up to the podium the moment her name was called.

“I am so, so, so grateful, not only to win but to be a part of such an important, important story,” she said during her acceptance speech. “Thank you to the Academy — I’ve always wanted to say that! I have to thank God for giving us these gifts. And my parents, my beautiful mother who’s here with me today and my father at home, all those days of listening to Sly & the Family Stone and Curtis Mayfield and Marvin Gaye really paid off, so thank you, Dad.”

Judas and the Black Messiah was accompanied by a stacked soundtrack that included contributions from Nas, JAY-Z, Rakim, the late Nipsey Hussle and Polo G, among others.

One of the more interesting moments arrived on JAY-Z and Nipsey’s “What It Feels Like” collaboration, which provided a chance for the Roc Nation mogul to amend his lyrics to 2010’s Watch The Throne cut “Murder To Excellence” where he raps, “I arrived on the day that Fred Hampton died.”

At the time of its release, Hampton’s son expressed his disapproval of the line saying, “Fred Hampton didn’t die. He was assassinated. Saying Fred Hampton died is like the school teacher telling students that Christopher Columbus discovered America.” But this time, Jay rapped, “I arrived on the day Fred Hampton got mur—, hol’ up/Assassinated, just to clarify further.”

Hampton’s name and legacy are brought up numerous times throughout the 69-minute effort. On “Fight For You,” H.E.R. clearly channeled Marvin Gaye for the soul-infused ballad, making her acceptance speech make that much more sense.