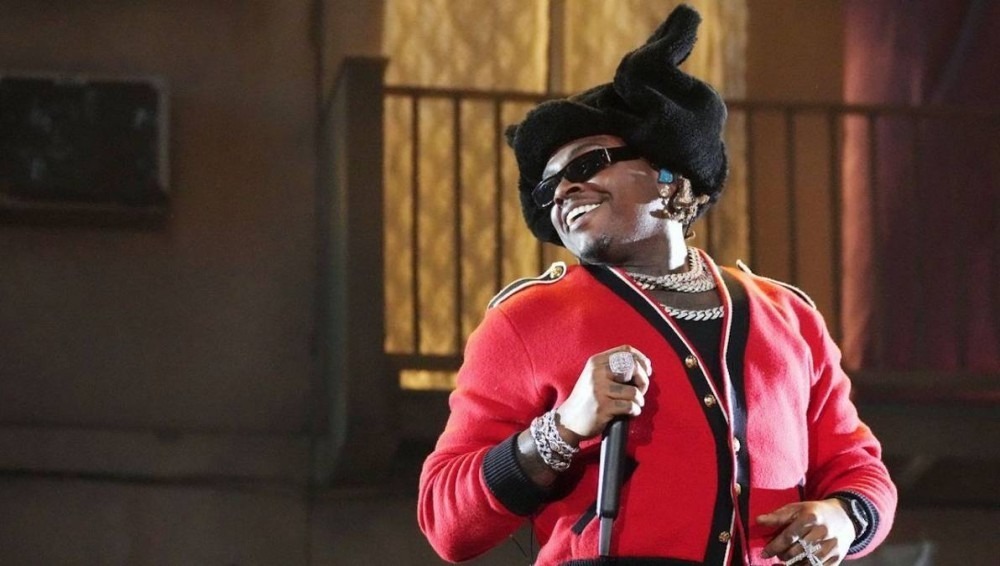 Gunna might be behind bars awaiting to go on trial for RICO charges, but the Atlanta star is still pushing out visuals to support his latest album DS4EVER.

On Wednesday (July 20), Gunna released a performance video of “Missing Me,” which sees the rapper decked out in jewelry that sparkles against his all-white outfit as he sings the track’s mournful lyrics.

“I was hoping that you’d notice me/I’m in the sky, baby, shine like a star, baby/And I know you don’t believe in me/It’s in my heart, baby, I’m goin’ hard, baby,” Gunna sings.

Young Thug and Gunna were among the 28 YSL affiliates that were hit with RICO charges in May. Gunna was initially denied bond and after appearing virtually for another bail hearing in Fulton County Court earlier in July he was once again forced to remain in jail.

WSB-TV reported that the 29-year-old “pushin p” lyricist will now remain incarcerated until his January 2023 trial. Gunna and his legal team have continued to fight for his freedom, and for his 29th birthday, the Drip Harder rapper penned an open letter to his fans through his social media channels.

He continued: “For now, I don’t have my freedom. But I am innocent. I am being falsely accused and will never stop fighting to clear my name! The picture being painted of me is ugly and untrue. My fans know I love to celebrate life, I love my family, I love travel, I love music, I love my fans. I have all faith that God will grant me justice for the purity in my heart and the innocence of my actions.”

Watch the video for “Missing Me” above. Read Gunna’s full letter below: