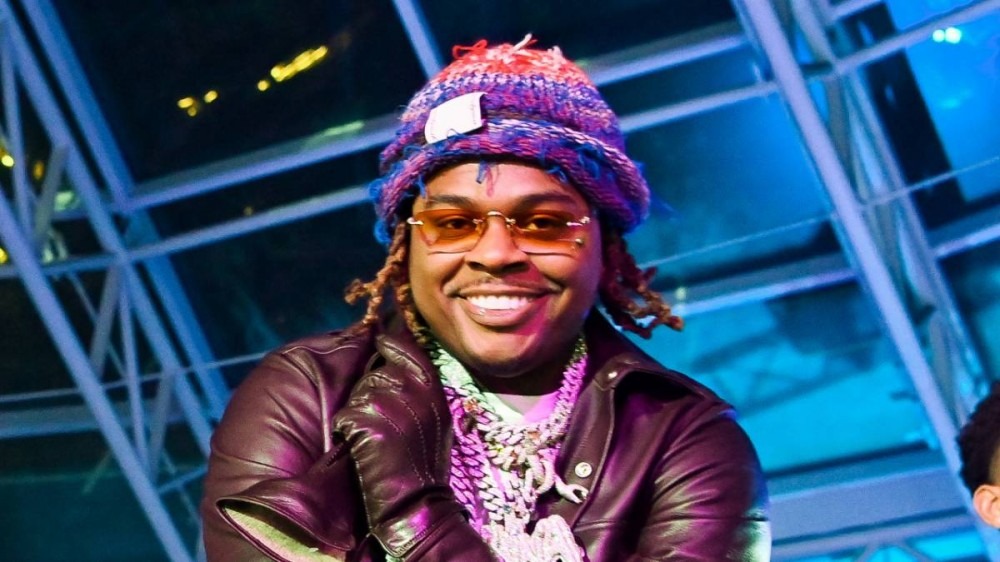 Gunna is no stranger to pushing the boundaries of fashion as fans have seen him put together some truly eccentric outfits in recent years. His creativity is expansive, and he showed just that while filming the video for Lil Durk’s 7220 track “What Happened to Virgil” earlier this week.

Footage of the video shoot has been circulating online all week, and people can’t stop talking about the fit Gunna put together for the shoot. The DS4EVER rapper put on a pair of blue flared pants, a white long-sleeved button-up shirt and a pink vest with shoes to match.

The most eye-catching piece of the Atlanta native’s ensemble, however, was the giant grey Louis Vuitton backpack he wore over one shoulder. “Biggest Louie V You’ll Ever See,” read the caption of the video showing Gunna singing the song’s chorus.

“What Happened to Virgil” is dedicated to the iconic fashion designer who tragically passed away at the age of 41 last November following a private battle with cancer. Abloh was the artistic director of menswear at Louis Vuitton, leaving many wondering how things might turn out for the brand after his death.

Kanye West made his feelings loud and clear on his Jack Harlow-assisted Donda 2 album cut “Louie Bags,” on which he raps, “I stopped buying Louis bags after Virgil passed.” Ye previously crowned himself the “Louis Vuitton Don” and shared a close (if not competitive) relationship with Abloh before his untimely death.

However, it appears as though Gunna isn’t following Kanye’s lead when it comes to LV luggage. Check out his “What Happened to Virgil” outfit in full below.