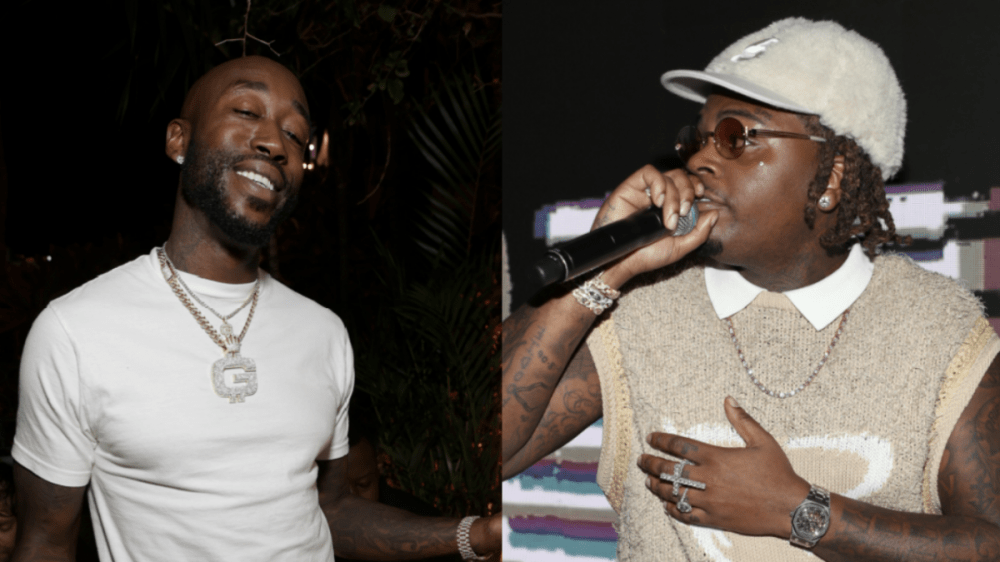 On the heels of releasing his DS4EVER album, Gunna pulled up to The Breakfast Club on Friday (January 14) and talked about everything he’s got going on in his busy life, including the Freddie Gibbs beef he won’t be letting down anytime soon.

Gunna hasn’t forgotten about Freddie Gibbs clowning him years ago for what he believed was an appearance on Crime Stoppers. The YSL rapper revealed Gibbs actually wanted to do a song with him in the time since the jokes through his manager but Gunna put an end to that idea real fast.

“I had to know like, ‘Ay, bro I don’t fuck with you.’ Because he tried to do a song with me through my manager,” Gunna explained. “And it’s like, ‘What?’… He thought I forgot… I just don’t forget.”

“If I got a problem with you five years ago, it don’t change. It could be 10 years later, I’m gon’ get you. That’s how I treat things. I don’t want us to fight or argue, it’s okay.”

Gibbs subliminally called out Gunna for being a snitch in 2020 since he appeared on Crime Stoppers and the ATL native didn’t forget.

“When my album drop Freddie Gibbs will the biggest moment of his career,” Gunna wrote to Twitter on January 5.

For anybody confused, he’s still mad at Freddie Gibbs for calling him out for being on Crime Stoppers pic.twitter.com/H7wM17Mz4D

“Yes, that’s me, but that wasn’t on no crime stopper,” Gunna added at the time. “I don’t know what the hell niggas are [saying], ’cause I wasn’t in no case or nothing. … ‘Oh you snitched on who?’ I was never in no case.”

Watch the rest of the entertaining interview below, which finds Gunna spilling about the private jet fiasco, pushin P, potentially dating Chloe Bailey and what led to his security guard flipping someone in a jewelry store. Talk about Freddie Gibbs starts around the 34-minute mark.