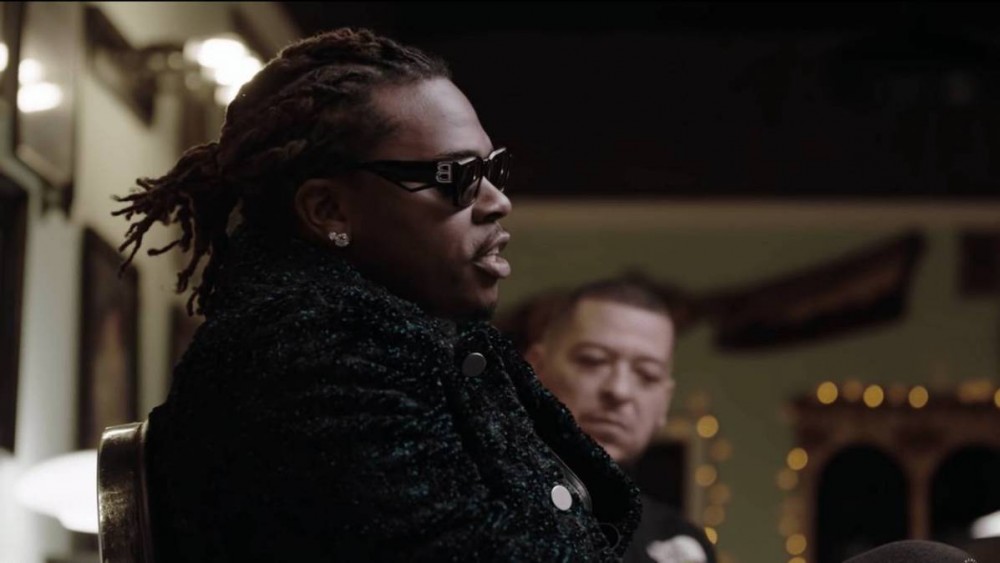 During a sit-down on LeBron James’ YouTube series The Shop, Gunna pushed back against rappers who are quick to dismiss the power of a major label.

“Some people be like ‘well fuck the labels we don’t need labels,’ but these like really business partners how I look at it,’” the DS4EVER lyricist said while sitting alongside Rick Ross, LeBron, A’Ja Wilson and Steve Stoute.

“You shouldn’t say fuck the labels cause they taking a chance on you. When they give you money, they taking the risk too. It’s up to you to really make this money back and go make more money, and like for like all like the young artists who are coming up like I wanna tell them just like man don’t look at it as like it’s a bad deal. You not getting what you want in the beginning because it can always get better.”

The Atlanta-bred rhymer, who is currently signed to Atlantic, then referred to himself as the “contract killer.”

“I call it like contract killer like, you give me the contract,  I’m gonna kill it, and then in another contract, it’s my terms and conditions now.”

Elsewhere in the episode, Gunna spoke about how Rick Ross’s  2014 purchase of Evander Holyfield’s 109-room mansion in Atlanta was what inspired him to start taking his money-making ventures seriously.

“That house, right, is like a monument to me because I stayed in Pointer Ridge,” Gunna said, adding that the distance between his old neighborhood and Rozay’s new crib was only a few minutes drive, and that he’d drive by the house every other day.

“This is my monument house. Like, it’s the biggest house we ever had and everyone could see like in our neighborhood, and it’s off of Old National…that’s where I do the Walmart giveaway every year cause this is my side. This is where I used to steal from this Walmart…I was broke when he bought the house, and I remember this vividly like ‘What? He got my house!’”

Well, luckily Gunna is doing well for himself. The “Pushin P” lyricist proclaimed to GQ that he was now the “King Of Drip,” and took credit for originating the term.

“Drip came from me trying to use another word instead of swag,” he said. “‘Cause we used to be swagged and you used to have flave, too. You used to even say swayvor, like swag and flavor. You had to know. If you know, you know.”

Check out the full episode of The Shop below.