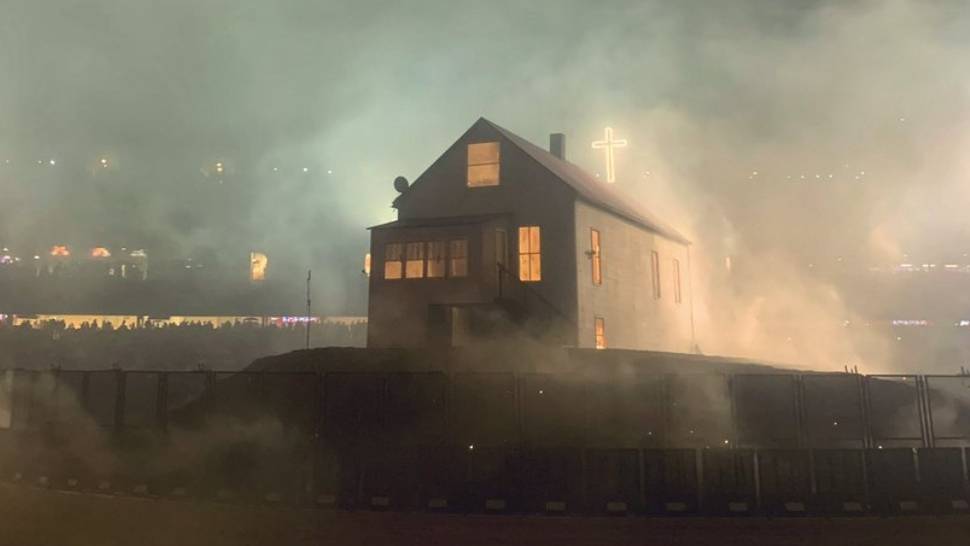 Chicago, IL – In what almost seems like Groundhog Day, Kanye West held an elaborate listening party for his forthcoming album Donda — and then didn’t drop it. But really at this point, is anyone surprised? His album rollouts have grown increasingly messier over the years with every project, whether it was Nas’ NASIR or his own solo work.

This one, in particular, has been by far the worst. After two public listening parties at Atlanta’s Mercedes-Benz Stadium on July 23 and August 6, Kanye went back to the drawing board to supposedly tighten up his tenth studio effort.

On Thursday (August 26), Kanye packed the Soldier Field Stadium in his hometown of Chicago where fans were forced to wait nearly three hours over its scheduled start time.

Meanwhile, a replica of his childhood home with a cross on the roof and bellows of fog awaited eerily in the center of the field as absolutely nothing happened.

Around 10:50 p.m. CT, the familiar chant of “Donda, Donda, Donda” began and the party was off and running — finally. An oddly out of place Marilyn Manson momentarily hung out on the porch with Kanye, who was again sporting a full-face mask.

But for now, people will have to continue waiting to find out who makes the final cut. According to Apple Music, the release date has been moved to September 3. Although fans are likely growing tired of the delays — Kanye is Kanye.