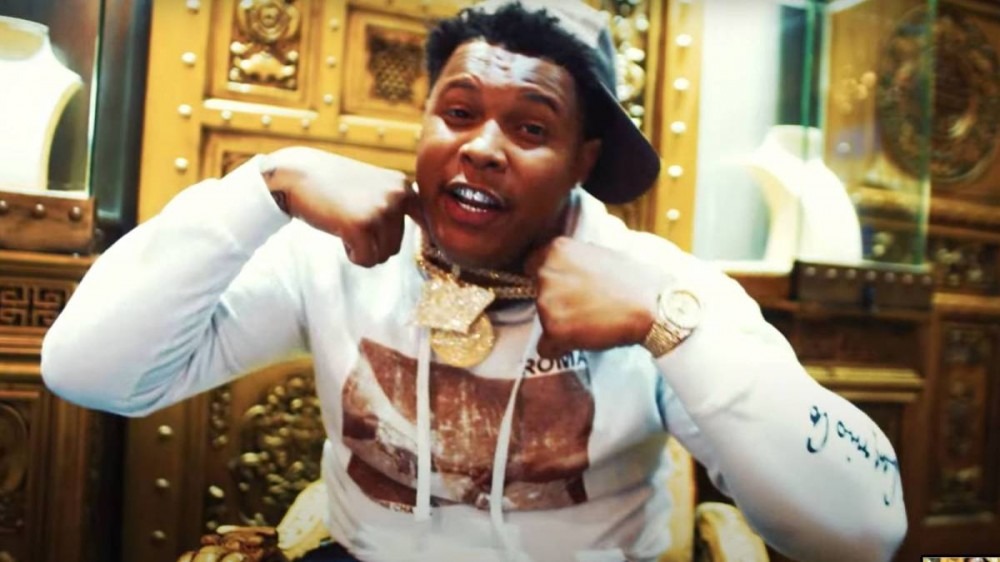 Mississippi rapper BigWalkDog is acclimating to his newly elevated lifestyle since becoming a part of Gucci Mane’s The New 1017 Records in the flashy video for “Whole Lotta Ice” featuring Lil Baby and Pooh Shiesty.

With scenes placing BigWalkDog and his “Whole Lotta Ice” collaborators Lil Baby and Pooh Shiesty deep in the trenches money-spreading and also flexing their diamonds with artists such as Jack Harlow, HipHopDX Rising Star 2021 42 Dugg and more, the OmarTheDirector-shot visual is somewhat of a “Chaining Day” for 1017 Record’s newest signee as he raps, “Wop put me in the game/I’m gone score on it/In the dark all my ice show don’t it.”

It’s clear the video for “Whole Lotta Ice” was shot sometime earlier this month, due the clear call-to-action to free Pooh Shiesty at the end of the video. That may be easier said than done, though, as Pooh Shiesty’s recent federal indictment has kept him behind bars since June 10 after the “Back In Blood” rapper’s bond was revoked.

Nevertheless, BigWalkDog is helping fill in for his labelmate during his ongoing legal issues by keeping the music flowing and delivering several standout releases in the forms his hometown-hailing “Came From Da Bottom” visual single and Gucci Mane-assisted “Poppin” video.