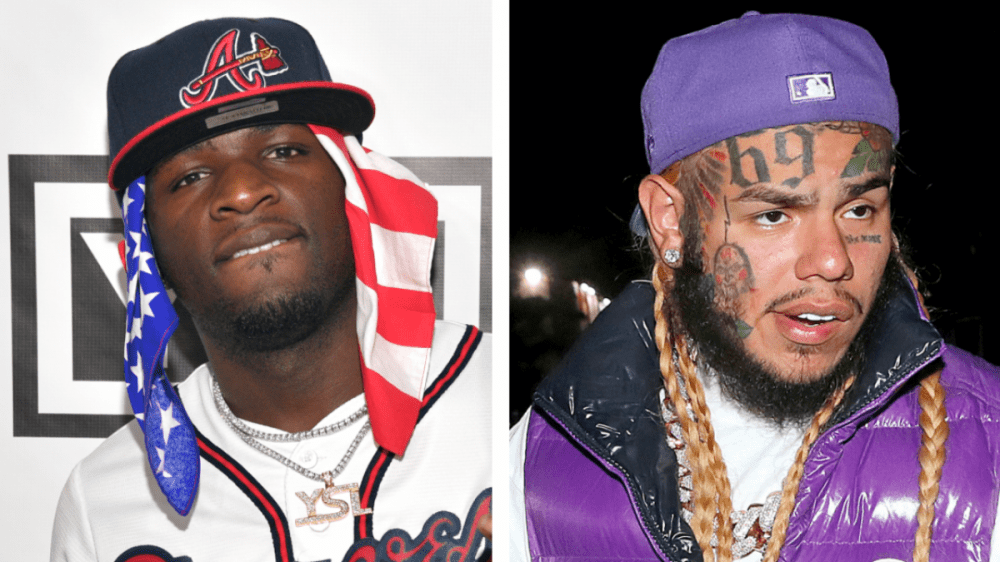 Atlanta rapper Ralo is currently serving jail time after being arrested for marijuana trafficking in 2018 and faces around eight years behind bars.

In an Instagram post on Tuesday (June 29), Gucci Mane’s 1017 Records artist says he has enough information to get him out of prison, but simply refuses to snitch. Ralo would rather sit in a cell all day than cooperate with feds, which is something he compares to 6ix9ine’s situation.

“THIS MY 4TH SUMMER BEHIND THE WALL,” he said. “MY GIRL, MY DAUGHTER AN MY MOMMA CRY EVERYDAY FOR ME TO COME HOME AN I LOOK THEM IN THEY FACE AN TELL THEM I RATHER LAY IN THIS BUNK THAN SIT ON THAT STAND TO COME HOME.”

He continued, “AN PLEASE KNOW THAT I COULDVE BEEN HOME LIKE [6IX9INE] WITH MY MILLIONS AN THEM PRETTY HOES WOULDVE STILL SUCKED THE SKIN OFF MY DICK EVERYDAY. HONOR AND DONT FORGET ABOUT US CUZ WE IN THIS BITCH GROWING GREY EVERYDAY FOR NOT GOING AGAINST #DAFAM.”

Akademiks reposted Ralo’s message on his own Instagram page, with 6ix9ine stepping into the comments section to respond.

“I don’t even know who this is.. but somehow if I respond ‘I’m the problem’ .. ‘I’m too disrespectful,’” he wrote. “Everyone always mentions me first and when I start and don’t stop ’69 aLwaYs gO tO fAr.’”

In March, Ralo took to Instagram claiming friends snitched on him in order to get a reduced sentence.

“IDK HOW TO WRITE OR SAY THIS BUT IMA JUST GET IT OFF MY CHEST. I BEEN DEALING WITH A BATTLE WITHIN MYSELF. KNOWIN THAT MY MANS AN THEM THREW ME UNDER BUS TO GET THEM A TIME CUT. I SUFFER NIGHT AN DAY FROM THAT PAIN, IN ORDER FOR ME TO FEEL BETTER IM TRYING TO PUT IT IN ME TO FORGIVE THEM AN I BEG YAWL TO FORGIVE THEM AS WELL.”

Ralo added, “I WANNA PUT ALL THIS POLICE AS SHIT BEHIND ME AN MOVE FORWARD IN LIFE, FORGIVE DOONKI WILD, ALL THE OTHERS AN BEGG THAT THEY DONT SAY MY NAME TO THEM FOLKS AGAIN. LET THEM FOLKS LIVE THEY LIFE IN PEACE PLZ BRO. #FREERALO.”

“You alone have the power to call out a grand hypocrisy of prior administrations,” the letter read. “While cannabis became a thriving, legal market and has enriched many, your predecessors largely ignored people like [Ralo], who are still serving lengthy federal prison terms for doing the same thing.”