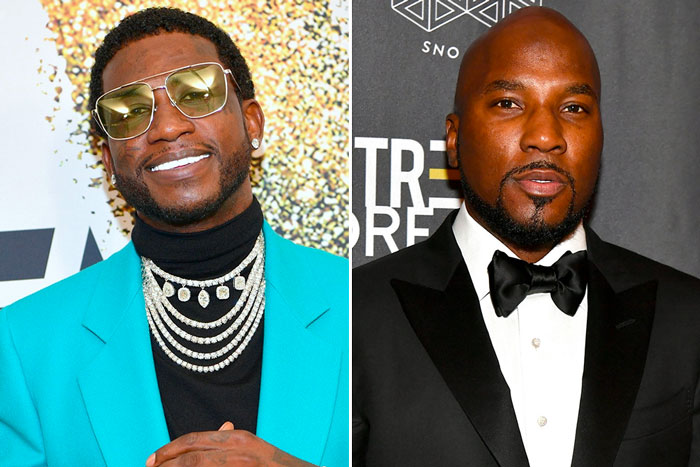 Guwop vs. the Snowman.

Gucci Mane and Jeezy are set to go head-to-head in an epic edition of Verzuz. On Saturday (Nov. 14), the 1017 rapper announced that he would be facing off against his longtime rival, who he referred to as “Snowcone,” in the Season 2 opener of Swizz Beatz and Timbaland’s popular matchup series.

Jeezy responded to “Lil Guwop” on Twitter, playing into their infamous rivalry. “SAY lil guwop! SEE YOU ON THE 19th. DONT SEND YA CLONE!” he wrote.

In a recent interview with “The Breakfast Club,” Jeezy said that he asked Gucci to battle him on Verzuz, but Guwop “respectfully declined” through Swizz. “Cool. Done. Kept it moving. I was gonna do it for the culture,” said Jeezy.

Last month, Gucci announced that he had no interest in doing Verzuz. “Stop asking me about doing a @verzuzonline battle unless they got a million dollars they scared of Wop,” he tweeted.

Gucci and Jeezy have a history of beef that dates back to 2005 when Gucci was charged with the murder of rapper Pookie Loc, an associate of Jeezy’s. In early 2006, Gucci was cleared of the murder charges after prosecutors said they didn’t have enough evidence.

During an interview with T.I.’s “ExpediTIously” podcast in July, Jeezy expressed interest in resolving their long-running feud. “It gotta really be a convo,” he said. “It’s been decades.”

It was previously announced that T.I. would go up against Jeezy in Verzuz. Tip respectfully bowed out while giving his blessing to the new pairing. “Now THIS…. Is what the people wants to see‼️” he wrote. “Trap Muzik salutes y’all.”

Gucci Mane vs. Jeezy will stream live from Atlanta on Thursday, Nov. 19, at 8 p.m. ET on Instagram and Apple Music.