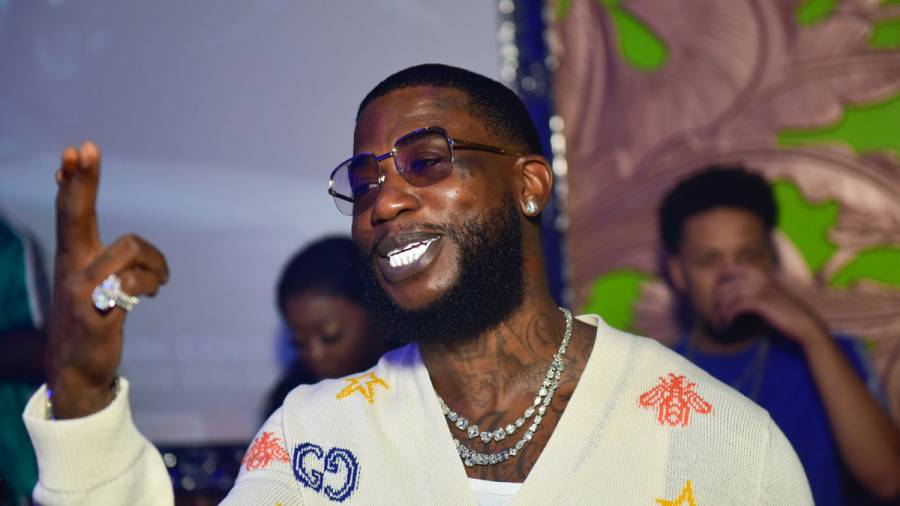 Despite their long history of beef, Gucci Mane is fully committed to his upcoming Verzuz battle with Jeezy – but he’s still liable to back out if his opponent doesn’t come with the right ‘fit.

Clowning the CTE rapper in a promotional post on Wednesday (November 18), Gucci galloped down a perfectly-manicured grassy hill to fire shots over the outfit Jeezy wears on the cover art to his forthcoming album, The Recession 2.

“Hey check this out,” Gucci began. “For everybody who asking me, right? The Verzuz is real. Me and Snowcone will be in the same room. But this what I wanna know, right? Is fashion a part of the Verzuz? Because I’ma have that shit on tomorrow and if buddy have that same funny ass shirt and that dumb ass hat he had on that God damn album cover, I ain’t doing it.”

(He’s not the only one with jokes, as a viral tweet compared Jeezy’s outfit to Doug Funnie’s sister Judy from the ’90s Nickelodeon sitcom, Doug.)

This isn’t the first time Gucci has taunted his opponent since the battle was announced on Saturday (November 14). In a post promoting the Verzuz, Gucci posted a meme referencing the fact he’d killed Jeezy’s associate Pookie Loc in 2005, using laughing emojis in his caption.

Initially, Gucci reportedly “respectfully declined” Jeezy’s offer to go head-to-head on the platform. T.I. was set to take the Snowman on instead for the season 2 premiere, but was later replaced after Gucci apparently had a change of heart.