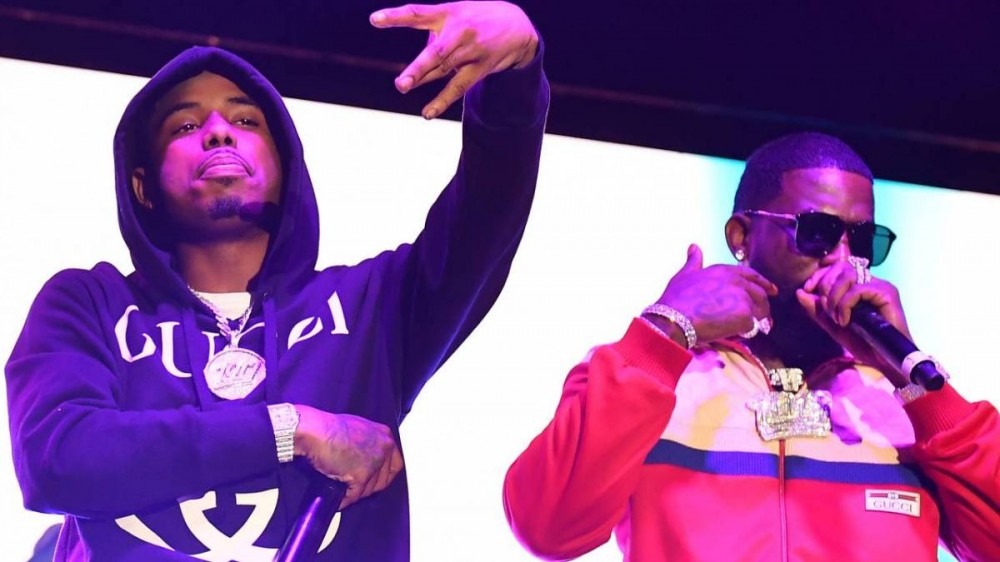 Gucci Mane is looking to groom the next group of superstars with his rebranded 1017 Records and he may have one of the brightest rookies on his roster with Pooh Shiesty. Gucci compares his and Pooh Shiesty’s chemistry in the booth to that of Los Angeles Laker legends Kobe Bryant and Shaquille O’Neal when they were dominating opponents playing for the purple and gold in the late ’90s and early 2000s.

Their new song “Like 34 & 8” arrived on Thursday (June 10) and serves as the second single off Gucci Mane’s forthcoming Ice Daddy album, which is set to arrive on June 18.

“Shiesty, that’s my Kobe Bryant, ain’t no way I’m tradin’ the man/Don’t try me or my goons be at your house like they the cable man/They say I’m a sex symbol, they say I’m a ladies man/Dressed up in the latest fashion, fashion show with Dapper Dan,” Guwop raps over the Mike WiLL Made-It production.

The Memphis native takes the baton and reflects on the early success of his Shiesty Season project while predicting bigger things to come in the future.

While Pooh Shiesty’s future is bright, he’ll need to avoid more legal trouble to fulfill his superstar potential. Shiesty remains behind bars even after posting a $10,000 bond, having “accidentally” shot his gun inside Miami’s King of Diamonds strip club and hit a security guard in the leg. He’s now banned from KOD and could possibly face up to 20 years in prison if convicted.

He’s expected to face a judge for a separate Miami shooting on Thursday (June 10) and then he’ll be able to finally secure his freedom.