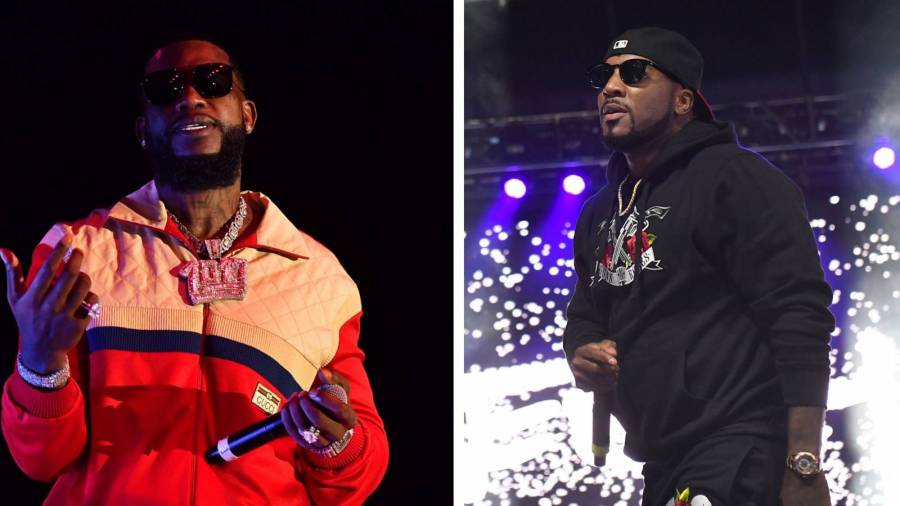 Atlanta, GA – The Gucci Mane and Jeezy Verzuz battle went down on Thursday (November 19) — albeit nearly an hour late. But around 6 p.m. PST, the two former rivals finally sauntered up to the stage at the infamous Magic City strip club in Atlanta where they were met with two thrones on either side of the platform.

A roster of notable names tuned in with the other 1.8 million viewers, including Diddy, Drake, Quavo, Lil Uzi Vert, D-Nice, Paul Wall, comedic actor Kevin Hart, and things got underway.  From the jump, Gucci was seemingly ready to clash and opened the event with the 2012 Jeezy diss track “Round 1,” setting the tone for the highly anticipated showdown.

As they continued playing hits back and forth, LaFlare continually criticized The Snowman for playing nothing but “old shit.” But Gucci took it up a notch when he started playing “The Truth,” the same Jeezy diss track he uploaded to streaming services just hours before the event.

That was where Jeezy drew the line. Suddenly, he decided to speak his peace and called Gucci out for playing the disrespectful record.

“See when I called you and extended this invite, my nigga, I did it as a real man,” he said. “It’s been 20 muthafuckin’ years… you still talking the same shit. The shit we came from in the street, we been through it, dawg. Twenty years and when I said I wanted to do this for the culture, that’s what I wanted to do. I brought you here to show you the world care about what the fuck we got going on because we are the culture. Me and you, where we came from, what we been through, nigga, us.”

But Jeezy wasn’t done there — he then brought up the string of murders the rap community has witnessed over the past couple of years.

And with that, the beat for “Get Your Mind Right” dropped. Gucci’s decision to play “The Truth” wasn’t exactly surprising. The 1017 Records boss has been taunting Jeezy all week and coldly shared a meme reminding Jeezy he shot and killed his associate Pookie Loc in 2005 in what Gucci said at the time was “self-defense.”

Despite the perceived tension in the room, Gucci ultimately accepted Jeezy’s olive branch and brought their longstanding beef to a definite end, saying, “No disrespect. It’s all love.”

Gucci and Jeezy then headed to Atlanta’s Compound nightclub for an after party and invited all of ATL to go with them. Meanwhile, Jeezy’s latest album The Recession 2 is expected to arrive at midnight EST on Friday (November 20).

Check out the ceremonious end to the battle (and their beef) below.