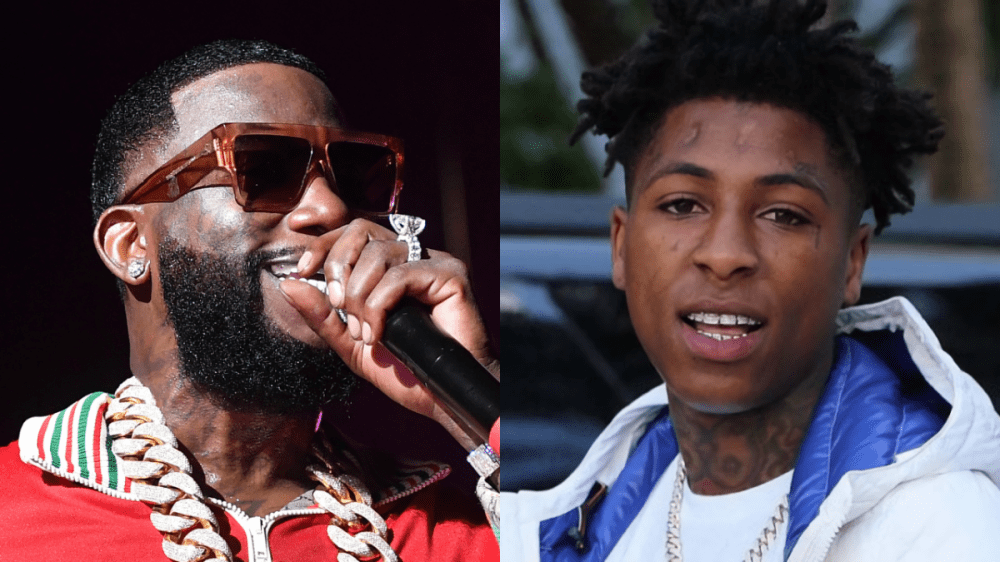 Gucci Mane may have undergone a physical and spiritual transformation since his release from prison in 2017, but that doesn’t mean he’s above sparring with his rap peers.

“Used to fuck with Gucci ’til I seen he like them pussy n-ggas,” YoungBoy snarled, referencing Guwop’s recent “Rumors” collaboration with Lil Durk. “Every n-gga did a feature with you, slime out to get ’em.”

Gucci Mane returned fire on Friday (March 4) on his new song “Publicity Stunt.” Mr. Zone 6 signaled his response by quoting NBA YoungBoy’s “I feel like I’m Gucci Mane in 2006” lyric on Instagram while sharing photos of himself rocking a bright yellow outfit next to a matching Ferrari, evoking his classic “Lemonade” video from 2009.

“He tryna pull a publicity stunt/These rappers be pussy, they bleed once a month/Don’t speak on my name, don’t get put in a blunt/You can diss all you want, still won’t get a response,” he opens the song.

He later raps, “Why you diss me for publicity nigga?/Is you in the streets or a industry n-gga?/Is you my fan or my enemy, n-gga?/My money too grown to be kiddin’ with n-ggas.”

Leaving little doubt over who he’s talking to, Gucci closes the track by repeating, “I thought you felt like Gucci Mane in 2006” before adding, “Well, damn!”

Gucci Mane and NBA YoungBoy previously linked up on the 2018 song “Cold Shoulder” and 2019’s “Richer Than Errybody,” which also featured DaBaby — although it’s unlikely the pair will be reuniting for a third collaboration anytime soon.

Gucci Mane isn’t the only rapper to have responded to NBA YoungBoy‘s “I Hate YoungBoy.” Earlier this week, fellow Baton Rouge native Boosie Badazz fired back on “I Don’t Call Phones I Call Shots,” from the deluxe edition of his Heartfelt album.

“Feel like Boosie don’t even like me, bitch, don’t call my phone (Fuck you),” YoungBoy rapped on “I Hate YoungBoy,” to which Boosie responded, “If you felt that way why didn’t you call me on my phone number?/Don’t speak on me no more, you know I don’t go for that/Keep it real dog, you a hoe for that.”

Boosie later jumped on Instagram Live where he said, “He said what he said, I said what I said. I don’t want to pop his top … He pissed me off, though. It hurt my feelings.”