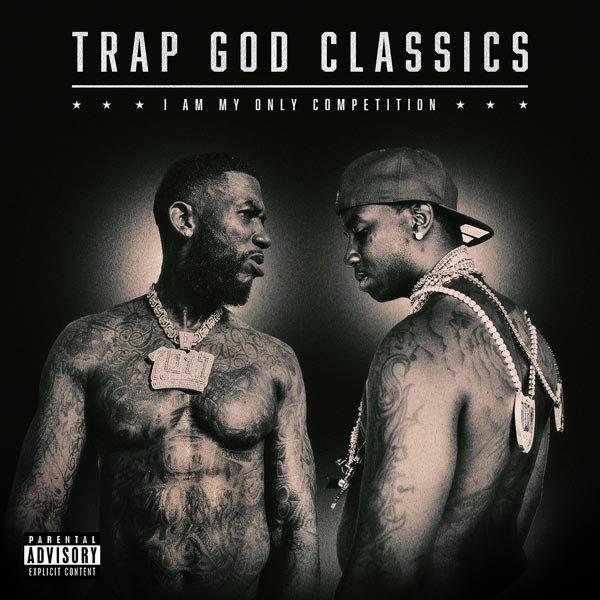 It’s the return of the Trap God.

Hot off his Verzuz battle with Jeezy, Gucci Mane looks back on his 15-year career with his surprise compilation Trap God Classics: I Am My Only Competition. The 28-track retrospective consists of some of his biggest hits including “Lemonade” and his collaborations with Drake (“Both”), Bruno Mars (“Wake Up in the Sky”), The Weeknd (“Curve”), and even Jeezy, who appears on the closer “So Icy.”

After years of bad blood, Gucci and Jeezy came together during an explosive Verzuz showdown, which streamed live from Atlanta’s famed Magic City strip club on Thursday night. In addition to playing his biggest hits, Guwop took shots at his rival, mocking everything from his fashion to his late friend Pookie Loc, who Gucci shot and killed. But despite the contentious moments, it ended with the two joining together for the “So Icy” finale.

“I respect you for throwing out the olive branch,” Gucci told Jeezy during the final moments. “No disrespect, it’s all love.”

Whewwww this moment tho #Verzuz#JeezyvsGucciMane

But this was the moment of the night! ⛄️#Verzuz#JeezyvsGucciMane