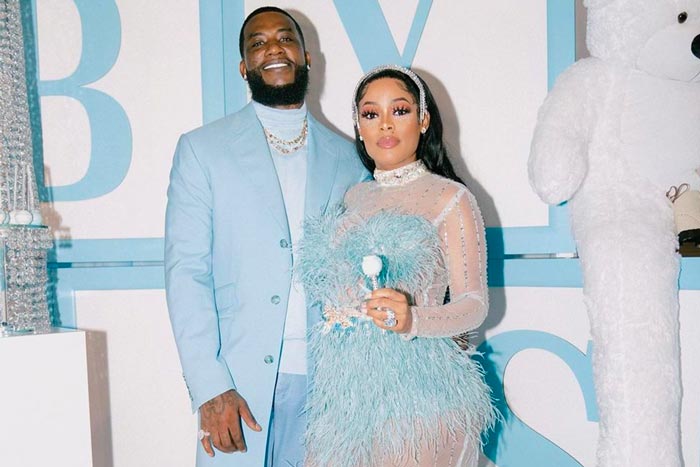 It will be an icy Christmas for Gucci Mane and Keyshia Ka’oir.

The couple has welcomed their first child together. On Wednesday (Dec. 23), the Atlanta rapper announced that his wife gave birth to a baby boy named Ice Davis, who arrived right in time for Christmas, weighing just over 7 lbs.

My wife just gave me a 7lb 1oz baby boy named ICE DAVIS thank u he is here!!!!!! pic.twitter.com/awRLR9fxqz

In August, the couple revealed that they were expecting their first child. Gucci has a 13-year-old son from a previous relationship, while Keyshia has two daughters and a son of her own.

Just days before Ice’s arrival, Gucci shared a photo of the sonogram, remarking over the similarities between him and his son. “Wow my son bout to look just like me,” he said.

The rapper, 40, and beauty mogul, 35, married in a lavish $1.7 million ceremony in October 2017. For her birthday that year, Keyshia told her husband that she wanted a baby boy. “I think it’s time I get off birth control & have us the cutest lil baby boy,” she said.

Congrats to the Wops!