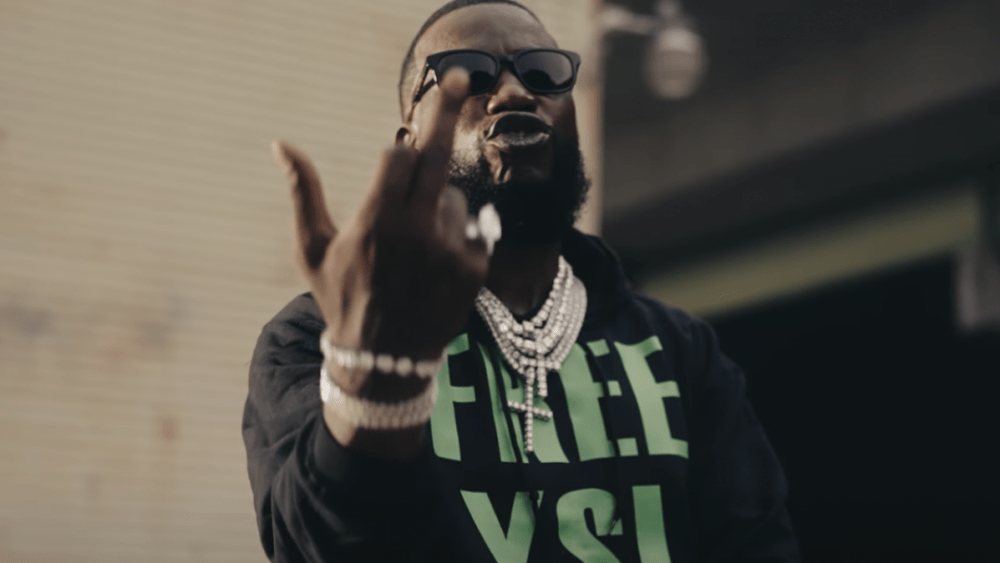 Gucci Mane drops music seemingly whenever he pleases and he unloaded a hard-hitting track in the flossy “All Dz Chainz” on Wednesday (June 29) featuring a guest appearance from Lil Baby.

The 4PF boss sets the tone flexing about his life of luxury before passing the baton to Guwop, who uses the opportunity to pay tribute to the late Trouble and call for the freedom of YSL’s Gunna and Young Thug as well as his 1017 Records artists Foolio and Pooh Shiesty.

“Don’t get shot on the interstate, your girlfriend hyperventilate/R.I.P. to Trouble and free Thugger and free Gunna too (Thug)/While you at it, free the Mayor Foo and free my nigga Pooh,” he raps over the Wheezy production.

Gucci doesn’t waste a bar while moving directly into addressing the hot-button topic of rap lyrics being used against artists in the courtroom.

“The DA bring up lyrics in the court, may not be even true/And try to pen some shit next to your name that you ain’t even do,” he opines.

It isn’t clear what project “All Dz Chainz” is set to land on with Gucci and baby both readying summer albums. Thugger and Gunna are both slated to remain behind bars in Georgia until their trials for the YSL RICO case begin in January 2023.