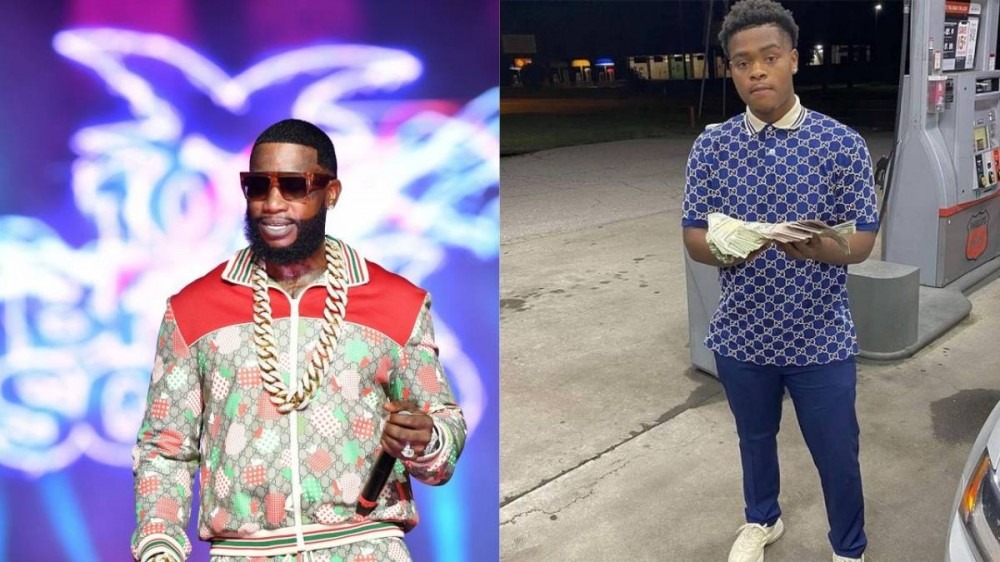 Gucci Mane’s desire to make the New 1017 one of the hottest labels in Hip Hop has led to talent such as 2021 HipHopDX Rising Star Foogiano and Pooh Shiesty. Now the rapper and label executive has ventured to Arkansas to find his next star in Bic Fizzle.

“I just sign the hardest young nigga in Arkansas,” Gucci wrote on Instagram Friday (August 6). “He only 18 in 12th grade and play quarterback at his high school welcome @bicfizzle and follow him he next up #New1017.”

In the clip, the New 1017 leader can be seen handing Bic Fizzle a box from famed jeweler to the stars Johnny Dang containing the young rapper’s official 1017 chain.

The “youngest in charge” according to Gucci has racked up over 130,000 followers on Instagram and has racked up more than 40,000 views on YouTube on three of his videos, “Bandit,” “Sliden,” and “Supafly,” all before finishing his senior year of high school.

Gucci has been on a signing spree over the past few months. On May 23, he inked Mississippi rapper BigWalkDog to a deal by proclaiming him to be the hottest rapper in the state. Two months later on July 2, he announced Waco, Texas rapper HotBoy Wes would be one of the label’s newest additions, proclaiming him to be the hottest in Texas. Judging by Gucci’s pattern of signees, the trap legend is making the New 1017 a heavily Southern-influenced label.