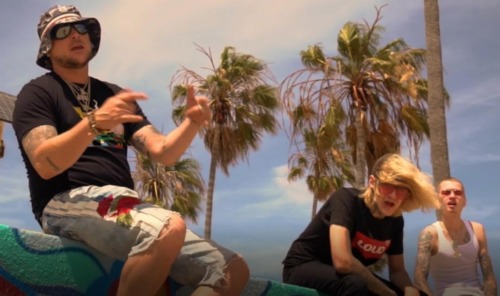 This past Friday Gringo Gang released their new single “She Like” produced by BuddaBlessThisBeat.

Rising up from deep in the Midwest, Gring Gang has an electric blend between contemporary Hip-Hop and Grunge Rock. Gringo Gang, comprised of SpaceDad, Shawn Ham, and Tahko are well known names in their hometown and are now spreading their buzz throughout their region and in Los Angeles. Over the course of their three-year musical journey, the group has released genre blending music that not only pushes their sound forward but also challenges their listeners. Their latest single “She Like” is another step towards progression.

Produced by BuddaBlessThisBeat, the group puts together a track not only for their fans to bang at a house party, but for DJs to play at the club, and specifically the strip club. When describing their overall sound Shawn Ham also said, “We are aggressive trap.”