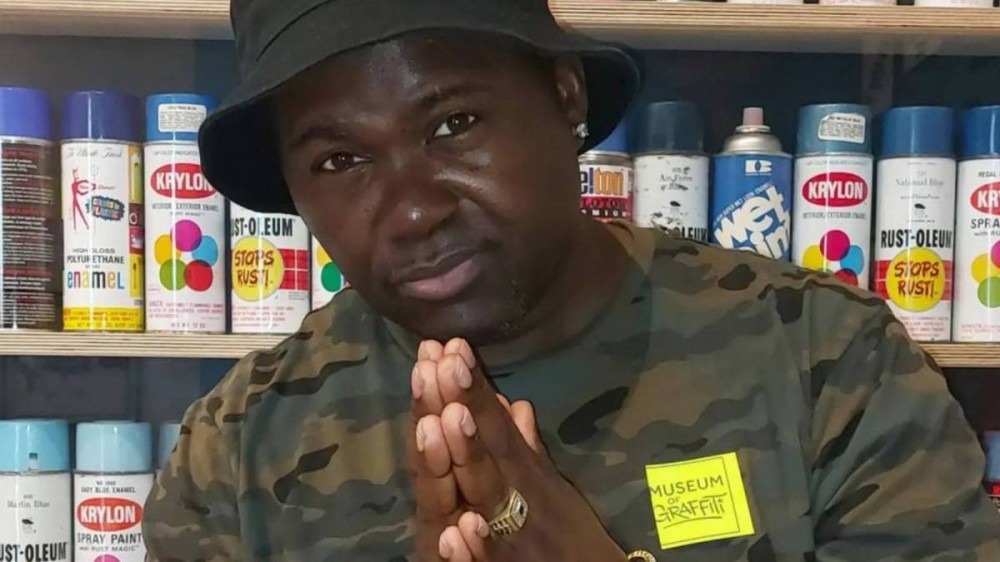 Exclusive – GrandWizzard Theodore was the featured guest at Mile High DJ Supply Master Class series just outside of Denver, Colorado last month. Tucked away in the corner of an Arvada strip mall, the pioneering turntablist answered questions from the audience, showed off some of his techniques — including his famous needle drop — and told colorful stories about his storied career.

The 59-year-old inventor of the scratch spoke about Hip Hop culture as passionately as if he’d just discovered it, making his love for all elements that much more apparent. Speaking to HipHopDX following the event, GrandWizzard Theodore explained why mentorship is such an integral part of the culture.

“That’s what music is all about. And no matter if you’re a MC, DJ or graffiti artist, whatever, use it to help get you to that next level. Surround yourself around good people and make sure that each one teach one. These younger generation, they need guidance.”

Mentorship was something GrandWizzard Theodore didn’t get to experience growing up — he was alive before the term “Hip Hop” was even coined. Born in 1963, the Bronx native was already 10 years old when DJ Kool Herc and his sister Cindy Campbell through the Back To School Jam at 1520 Sedgwick, the designated birthplace of Hip Hop.

As the culture evolved, he got to witness every step along the way — and that includes the first “real” rhyme, which he has always maintained came from Grandmaster Flash. In a 2017 interview with Red Bull, Theodore boldly stated, “I don’t care what anybody says, I think Grandmaster Flash was the first person to write a rhyme. He actually sat down in a corner, wrote a rhyme and tried to get his MCs to say it.”

Five years later, GrandWizzard Theodore’s stance hasn’t changed. As he explained, “What Flash did? Keith Cowboy [of Grandmaster Flash and the Furious Five] was always saying, ‘Clap your hand, stomp your feet, Hip Hop pop.’ That’s as far as he go. And Flash is like, ‘Yo dude, you got to go a little bit further.’ And that’s when Flash wrote the rhyme and nobody would say the rhyme.

“‘Dip, dive, socialize. Trying to make you realize that we all qualified to hypnotize measure rise.’ That burning desire to boogie y’all. And that’s when Keith Cowboy realized, ‘Yo, I got to start writing some rhymes.’ That’s when he started to evolve. And that’s when I seen stuff start to evolve, when Flash wrote that rhyme.”

He continued, “It got to the point where Hip Hop was elevating. You can’t just go on the mic and just say, ‘Oh, clap your hand, stomp your feet and head bop.’ Because the MC, that’s the way Hip Hop came from. Because when the MC start rhyming, ‘Clap your hands, stomp your feet.’ When he ain’t got no more words to say, that’s when he starts saying, ‘Hip Hop.’ That’s where it came from.”