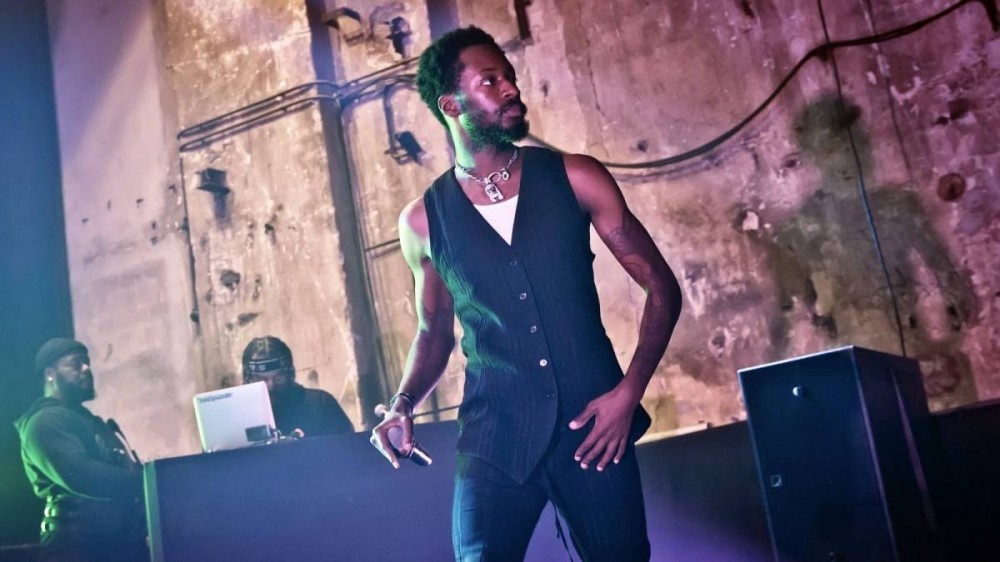 Goldlink kicked the door wide open when he made his long-awaited return to Twitter and the music scene on Wednesday (June 9). The rapper reignited his beef with Sheck Wes and praised one of the most controversial artists in Hip Hop, Azealia Banks. But, if Goldlink was trying to make a statement, his fans heard him.

The explosive tweets arrived in the early morning, where Goldlink took aim at his archnemesis, Sheck Wes, and shared his new single “White Walls.”

“FUKK U SHECK WES,” Goldlink wrote to start the tweets. “IMA DRINK SOME CACTI AND SPIT ON YOUR WHITE TEE YOU DIRTY BUTT N-GGA. HAHAHAHHAHHAHAHA HE SO UGLY.”

FUKK U SHECK WES. IMA DRINK SOME CACTI AND SPIT ON YOUR WHITE TEE YOU DIRTY BUTT NIGGA.

Goldlink continued with his assault on Sheck, referencing an incident where his friend got shot after dealing with some situation.

“AND SHECK IT AINT MY FAULT DAT YA MEN JUMPED OUT, GOT SPANKED THEN YA MANS GOT SHOT,” Goldlink added.

After having some fun at the expense of Sheck Wes, Goldlink turned his attention to his upcoming album and Harlem rapper Azealia Banks. Banks, who never holds her tongue or opinion to herself, received a large amount of praise from Goldlink, who called her one of the best in the game.

“Also while in here. I must say Azealia Banks is one of the best artists of our generation and must be respected,” Goldlink tweeted. “BLOODY WHITE WALLS B. HARLEM WORLD. ILL SEE YALL TOMORROW. ALBUM OUT JUNE 18TH. SHOUTOUT BLOODY O.”

ALSO WHILE IN HERE . I MUST SAY THAT AZEALIA BANKS IS ONE OF THE BEST ARTISTS OF OUR GENERATION AND MUST BE RESPECTED. @azealiaooc

AND SHECK IT AINT MY FAULT DAT YA MEN JUMPED OUT, GOT SPANKED THEN YA MANS GOT SHOT

It’s unclear whether Sheck Wes will respond to Goldlink now that he’s a professional basketball player for Paris Basketball of the LNB Pro B league. If he does, fans will be digging into what he has to say, especially with how this beef started in the first place.

Goldlink was dating Justine Skye in early 2019 when the singer claimed Sheck Wes beat her when they were involved with each other years ago. Sheck Wes denied the claims, but Goldlink injected himself into the situation trying to protect Skye.

When Goldlink gives his opinion on a topic it’s sure to rub some people the wrong way. After Mac Miller passed away in 2018, Goldlink left a questionable Instagram post that allegedly claimed the late rapper was biting off the “Crew” rapper. Goldlink explained the post at a show in 2019.