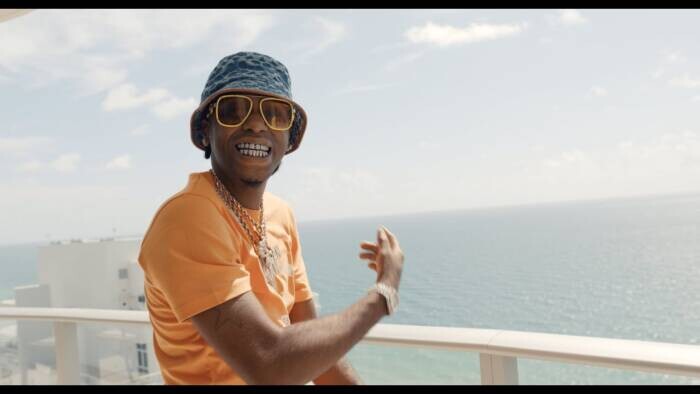 A front-runner in the ultra-competitive Florida rap scene, Goldenboy Countup has just announced the September 7th release date for his forthcoming mixtape Chicken Man 3. Along with the announcement, Goldenboy has also shared a new video single, “Superstar” on which he provides a non-stop stream of clever punchlines, inspirational quotes, and swanky illustrations of his day-to-day hustle alongside a soulful instrumental. The video for “Superstar” shows Goldenboy tucked off in a luxurious South Beach Hotel counting up his money while reflecting on the struggles of his past. Chicken Man 3, exhibits a clear and concise artistic growth for Goldenboy across 18-tracks, including features from Doe Boy & Bankroll Freddie. The mixtape shows him leaning heavily into his wide array of styles including smooth southern cuts, Detroit-inspired heaters, and trunk-popping tracks with a classic Florida finesse. After climbing the ladder of Florida’s hip-hop sphere through a consistent run of quality releases, including the Chicken Man & Chicken Man 2, the strength of his homegrown fanbase and developing his own distinct sound by meshing together his deep bag of stylistic influences––Goldenboy Countup is set to have a breakthrough moment with the release of Chicken Man 3 on 9/7.