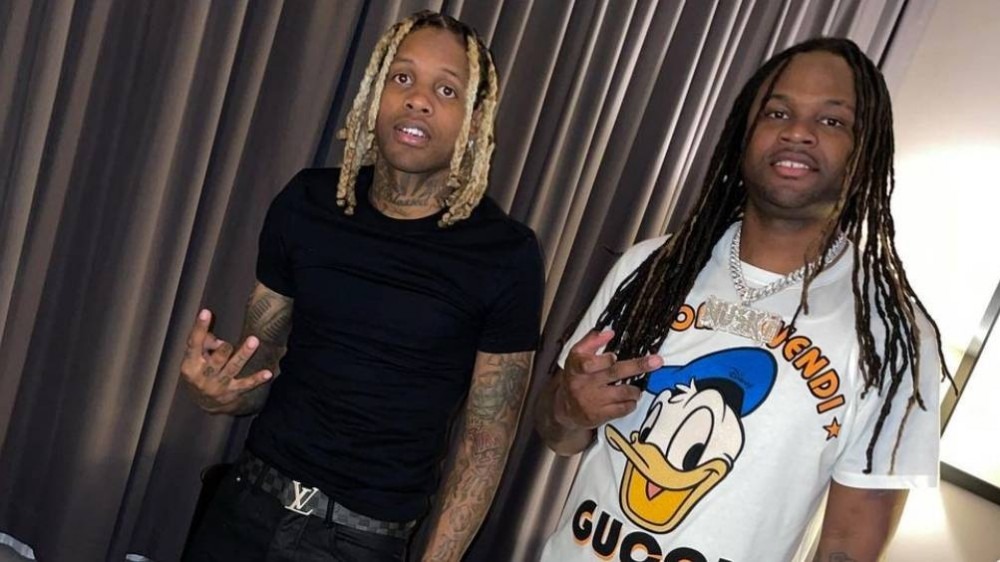 Chicago, IL – Lil Durk suffered another monumental loss over the weekend when his older brother OTF DThang was reportedly shot and killed outside of Chicago strip club. Alleged witnesses at the scene said the 32-year-old was shot in the head and died instantly, while a police officer who arrived at the scene was also shot.

Durk has yet to address the murder publicly, but DThang’s girlfriend and mother of his children has shared a heartbreaking Instagram post, expressing her grief. The photo includes a family portrait of herself, DThang and their two children. She wrote in the caption, “THIS WAS NEVER IN THE PLANS. WTF! I LOVE YOU SOOOOOOOO MUCH.”

“You are a treasure from above, who brings me so much joy and love,” he captioned the series of photos. “Happy birthday son!”

Lil Durk has suffered a string of losses in his life related to gun violence. Last November, his Only The Family artist King Von was fatally shot outside of an Atlanta hookah bar, while his cousin Nuski was murdered in 2014.

Durk and DThang were recently photographed together dressed to the nines at the star-studded birthday party for Quality Control CEO Pierre “Pee” Thomas in Atlanta, Georgia.

Cook County officials confirmed DThang was found deceased on the 7900 block of S. Loomis Blvd. and has been assigned a case number. An autopsy still has to be completed to figure out the cause and manner of death.