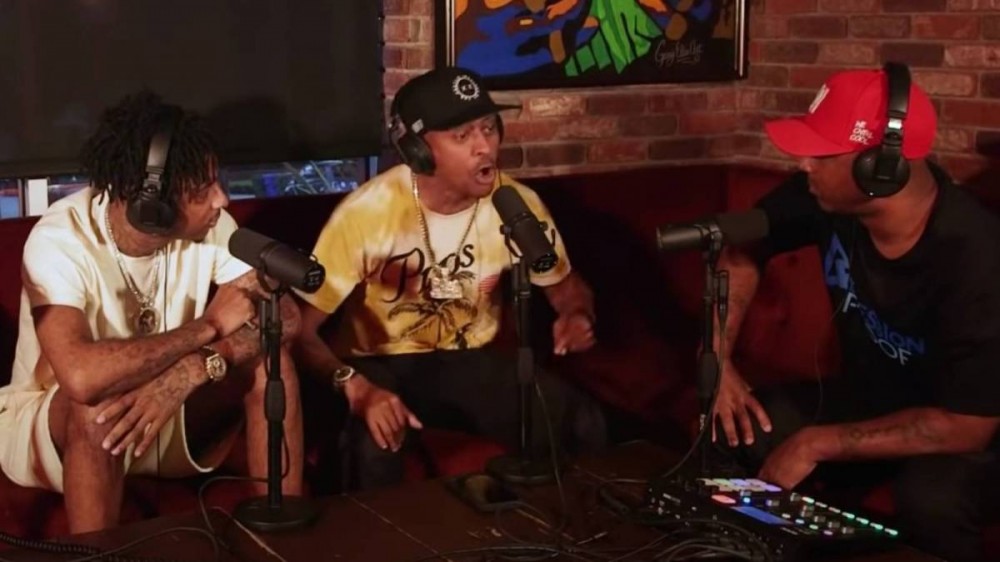 Wack 100 recently came to 6ix9ine’s defense, referring to him as a “civilian” rather than a snitch. The two brazenly outspoken rap figures have become increasingly intertwined since sitting down for the inaugural episode of Akademiks’ new podcast last month.

On Sunday (August 29), another episode of Gillie Da Kid’s Million Dollaz Worth of Game podcast was published to YouTube, which featured special guest 21 Savage. The “a lot” rapper was involved in a Clubhouse shouting match with 6ix9ine and Wack 100 in early August. While discussing the topic, Gillie took issue with Wack 100’s assertion 6ix9ine was an innocent bystander.

“Before you get into it, I’mma say, I fuck with Wack,” Gillie Da Kid said. “Wack is money. Me and Wack is good. I don’t like the narrative that Wack is pushing that that kid is a civilian. Civilians do not pay n-ggs $10,000 to go shoot at n-ggs. Civilians do not run around and tell n-ggas that they know operate out here in them streets to suck they dick.”

Meanwhile, 21 Savage nodded his head in agreement as Gillie continued to speak.

“Civilians do not tell n-ggas that they know is street n-ggas that, ‘Fuck you, your brother got killed, bitch why you ain’t did nothin’,” he said. “They just killed another one of your muthafuckin’ homies. When you n-ggas gon ride.’ Civilians don’t act like that.”

6ix9ine has been an internet menace since his 2020 release from prison. Although his attorneys promised their client wouldn’t resort to those types of antics, 6ix9ine has proven time and time again he can’t help himself. Prior to King Von’s November 2020 murder, 6ix9ine would routinely harass the Only The Family artist — and it didn’t stop when Von died either.

He then pivoted to more hyper-focused bullying aimed at Lil Durk. When Durk’s older brother DThang was killed outside of a Chicago strip club in June, 6ix9ine didn’t hesitate to pour salt in the wound.

“@lildurk tell the truth about yo Gang man they really dyin,” he wrote alongside several laughing emojis at the time. “@lildurk stop the senseless violence.” From there, he moved over to The Shade Room and left a sarcastic “RIP” under a post about DThang’s death.

Needless to say, 6ix9ine’s actions have done little to improve his soiled reputation in the rap community.

Watch the full episode of the Million Dollaz Worth of Game podcast with 21 Savage above.