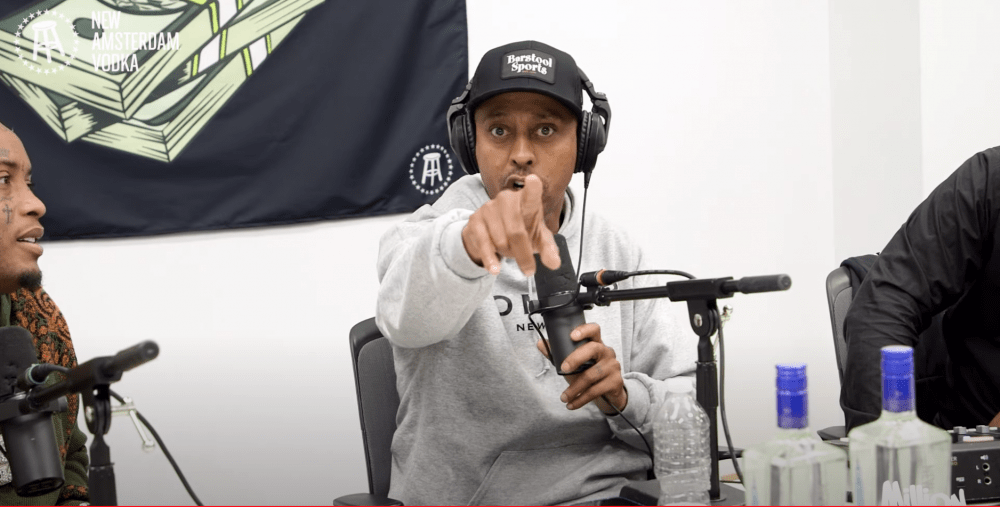 The beef between Gillie Da Kid and Rick Ross reignited last week when the Million Dollaz Worth Of Game host called out Ross on a recent episode of the podcast, bringing up Ross’s past as a correctional officer and new interest in buying cattle. Gillie still harbored ill feelings towards Ross after the Richer Than I Have Ever Been artist called him a fraud in Instagram comments back in May.

Ross recently responded to Gillie on Instagram, saying that he spends more on cattle than Gillie does on his wife and children.

“Fellas, fellas… let me give you the real game,” Ross said while walking around his mansion barefoot in a robe. “When I spend more money on my cow than you do on your wife and kids every month, you should take notes.”

Now, Gillie has taken to Instagram to take the beef even further. In a 3 minute video posted to Instagram, Gillie sent another scathing diss to Rozay, calling him out for not minding his business, his questionable “U.O.E.N.O.” lyric that got him dropped from Reebok, and the “slave deal” he signed Meek Mill to.

“That’s ya problem, ya always minding n****s’ business. You was mindin’ Birdman’s business some years back when you was running around talking about, ‘Give Khaled the money you owe him!’” Gillie said.

“You give Meek the money you owe him, n***a,” he said. “You got him in a 1914 slave deal. A Harriet Tubman joint that he signed when he was 19 and now he’s 35. Why you ain’t renegotiate with a real n***a?” Gillie went on to commend Meek for his ability to overcome the supposedly bad contract. “Thank God he’s f**kin’ with them white boys. He’d f**k around, be broke, busted, and disgusted f**kin’ with you. But he’s a hell of a businessman, though,” he continued. “Salute to you, Meek.”

You can check out the entire response below.