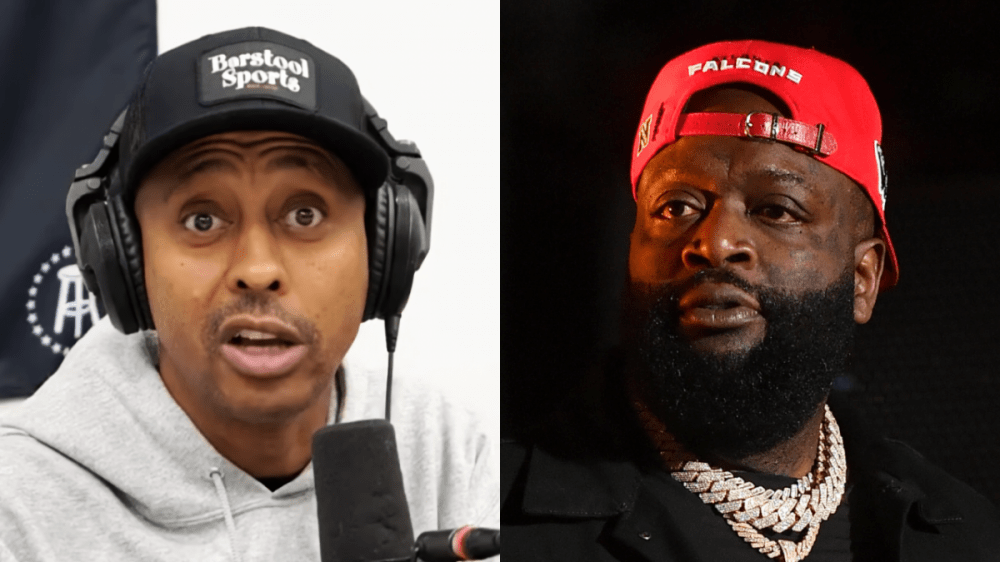 Gillie Da Kid took aim at Rick Ross on his Million Dollaz Worth of Game podcast in response to a disparaging comment he allegedly made about him on social media.

While interviewing multi-platinum producer Southside on Monday (July 11), the Philadelphia native ridiculed Rozay for doing “dumb shit” on social media and brought up his controversial past as a correctional officer.

“These old n-ggas, they don’t hear the roar of the crowd no more and they still think the roar gon’ come back, so they be on Instagram and they be on social media doing dumb shit,” he said. “‘I just bought a cow!’ Why the fuck would you buy a cow for?

As Gillie Da Kid explained in the comments section of DJ Akademiks’ above Instagram post, “Ak this ain’t no fuckin sneak diss. I’m talkin to Ross he should of never been in Mack Maine comments callin me a fraud.”

In May, Gillie claimed during an appearance on It’s Tricky with Raquel Harper that his long-time rival Lil Wayne ducked him at a Jackson State University event. “He looked up [and] I was in the doorway [he showed that Wayne offered his hand for a handshake], and [he] got the fuck out of there,” he said.

However, Young Money President Mack Maine — who was also at the event — refuted that claim and posted a video of Wayne and Gillie’s encounter (which was seemingly pleasant) on Instagram. The post has since been deleted, so it’s unclear what Rick Ross wrote exactly.

As for Rick Ross’ “cow” purchase, the MMG bawse bought his first bull (which he named Thor) in February and documented the moment on Instagram.

“I’m happier than a muthafucka!” he said as his bovine got delivered to his sprawling Promise Land estate in Georgia. “This a dream come true for Rozay! You know what this is for a young boy from Carol City to have horses and now a big boy?”

Ross has since added two buffalos, as well as a lion and lioness, to his growing animal collection. His Promise Land estate also plays host to his annual car show, which made its debut in May.