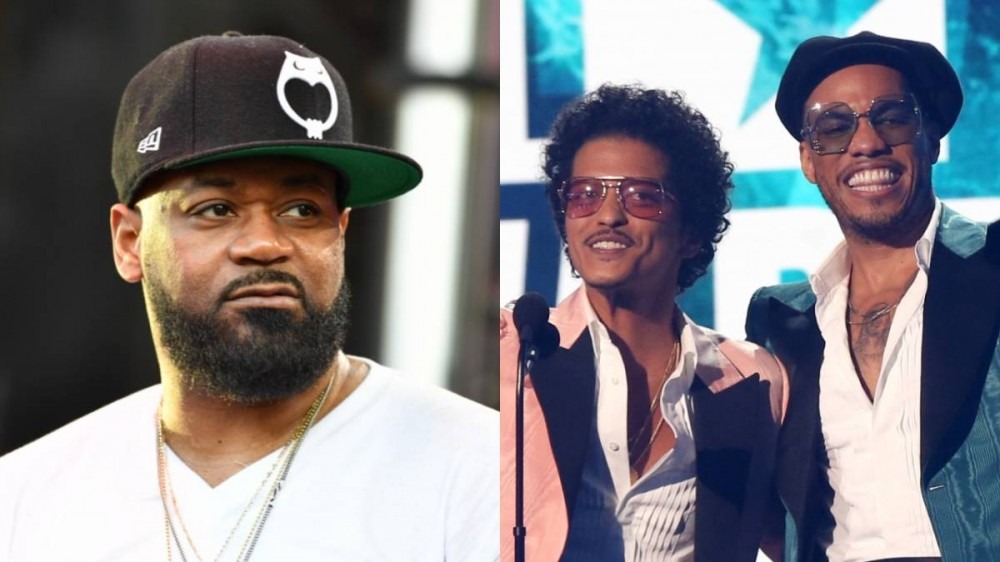 EXCLUSIVE – Ghostface Killah is one of the most gifted lyricists in the game, and he’s proven his skill set over the years by rapping over a variety of beats. However, there’s a type of production that Ghost yearns for and Bruno Mars and Anderson .Paak are providing that sound with their collaborative album, An Evening With Silk Sonic.

The Silk Sonic duo unleashed their new album on Friday (November 12), and it’s filled with the R&B vibes they embraced on “Leave The Door Open,” which was released in March. As a huge fan of R&B music, Ghost is surely checking for An Evening With Silk Sonic, especially after doing an unofficial remix to “Leave The Door Open” in July.

Ghostface Killah’s remix drew all types of responses from fans on social, with Ghost admitting, “I saw the comments and I was dying. Someone told me to ‘keep the door closed.’” But that isn’t discouraging him from wanting to dip further into his soul bag.

During a recent interview with HipHopDX, Ghost revealed he wants to do more than just a remix and actually get in the studio with Silk Sonic to record an entire project.

Now, with Ghost’s legendary status, one may think it should be easy for him to get in contact with Silk Sonic, but that’s not the case. Anderson .Paak and Bruno Mars are already stars in their own right, and their union has only propelled them further into the spotlight. But Ghost knows no other rapper could get a project off with them as he could.

“I never hit them up because, first of all, it’s hard to get in touch with these guys,” he said. “You can’t even DM them. They won’t see it unless they follow you. I wish I could get to them and talk to them and be like, ‘Yo let’s do shit. Let’s do a six-song project just for the fuck of it.’ It’s music now. Let’s just do it. I’m ready for it.”

Ghost is more than ready to take on the challenge as he dropped an all-R&B project in 2009 titled Ghostdini: Wizard of Poetry in Emerald City. The album, which he also revealed is his favorite in his catalog, had Ghostface rapping over lush R&B production with features by John Legend, Raheem DeVaughn, Lloyd and more.

Stream Silk Sonic’s An Evening With Silk Sonic and Ghostface Killah’s Ghostdini: Wizard of Poetry in Emerald City below.