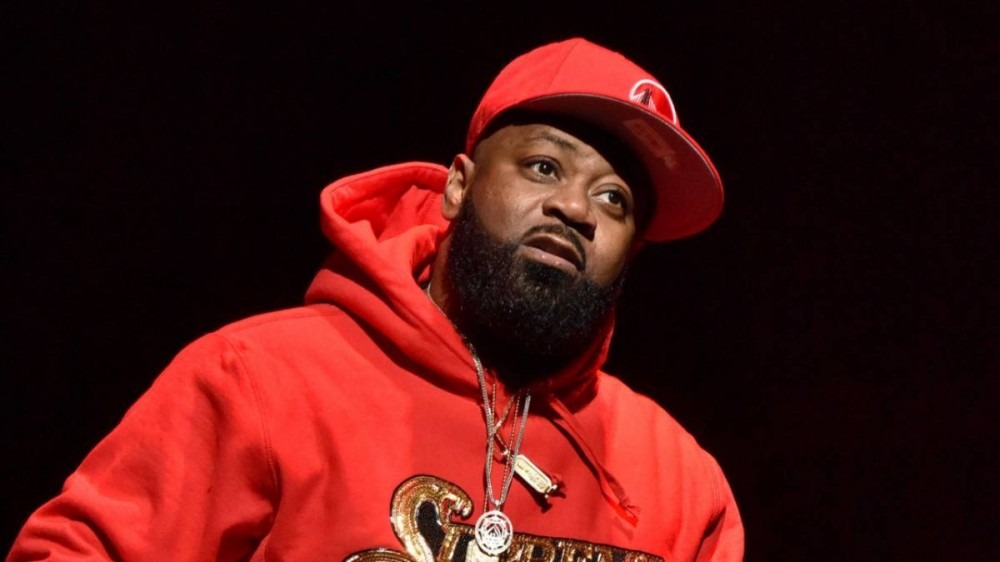 Ghostface Killah’s Ironman is widely regarded as one of the best albums from Wu-Tang Clan’s blitzkrieg in the early to mid ‘90s.

Released in October 1996, Tony Starks’ solo debut peaked at No. 2 on the Billboard 200 — the Wu’s highest-charting release at the time — while earning a four-mic review from The Source thanks to standout tracks such as “All That I Got Is You,” “Daytona 500” and “Motherless Child.”

But in news that might surprise some fans, Ghostface Killah doesn’t hold Ironman in the same regard.

During his and Raekwon’s Drink Champs interview with N.O.R.E. and DJ EFN that debuted on Saturday (November 20), Ghost Deini admitted he doesn’t look back on his debut album fondly.

“Ironman is so dark to me; Rae’s shit is lit. I’d pick out the best beats that I could take from RZA at that time, and to this day, that’s my first joint, but I don’t really feel it like that,” he admitted. “It’s not in my soul.”

Despite Raekwon and N.O.R.E.’s protests that Ironman is a classic, Ghost continued his confession by saying, “If I was in my right fucking state of mind, bruh? I didn’t rhyme on them fucking records because I couldn’t! But I had to get the record done!”

Ghostface Killah delved deeper into his ambulance towards Ironman during a recent interview with Billboard for the album’s 25th anniversary, revealing a prolonged period of depression dampened the making of the record.

“When n-ggas appreciate [my] shit, I’m not going to shoot it down … but a n-gga was in a depressed state at the time,” he said. “People never understood what was going on at that time, and I didn’t really tell anybody.”

He continued, “The covor is colorful, but as far as the music, there was something going on there — it was wrong. That’s why I didn’t get on a few of the records, like ‘Assassination Day’ or ‘Fasta Blade.’ I couldn’t write to those records.

“I had Nas right there coming out at the same time [with It Was Written]. And it’s like, ‘Damn, I wanted to come out and compete with these n-ggas, because these n-ggas are my peers. But I couldn’t get it up there like that.”

“*whew* so it wasn’t just me,” he wrote on Sunday (November 21). “Don’t get me wrong the Tical-[Liquid] Swords streak is some Bulls Championship magic but I do remember (after the high of Cuban [Linx…]) feeling like it was just ‘solid.’

“[Supreme] Clientele & the ORIGINAL Bulletproof [Wallets] tho???!! made him Jordan to me back then.”

*whew* so it wasn’t just me. Don’t get me wrong the Tical-Swords streak is some Bulls Championship magic but I do remember (after the high of Cuban) feeling like it was just “solid” Clientele & the ORIGINAL Bulletproof tho???!! made him Jordan to me back then https://t.co/Z3AkRFjCpT

To coincide with its 25th anniversary on October 29, Ghostface Killah reissued Ironman on vinyl complete with a clutch of rare remixes, radio edits and instrumentals that were previously unavailable on streaming services.

Looking ahead, Pretty Toney is currently working on Supreme Clientele 2, which he’s tapped Kanye West and Mike Dean to executive produce. If the Staten Island icon has his way, there’ll also be a joint project with Silk Sonic duo Anderson .Paak and Bruno Mars in the pipeline.

“Those are my beats right there,” he told HipHopDX earlier this month. “I wish I could get to them and talk to them and be like, ‘Yo let’s do shit. Let’s do a six-song project just for the fuck of it.’ It’s music now. Let’s just do it. I’m ready for it.’”