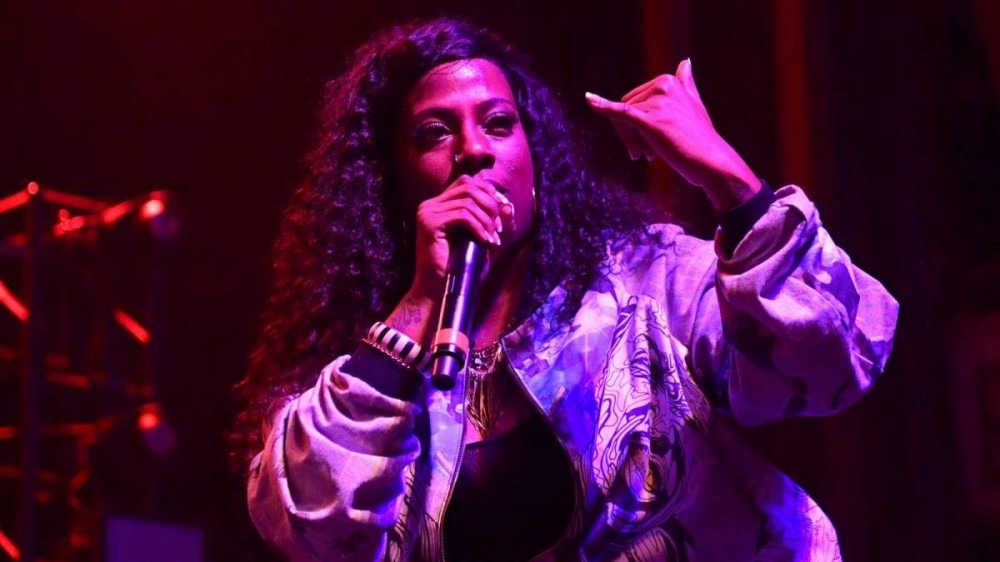 The relationship between Gangsta Boo and her longtime partner Emmett has been under the microscope as part of WEtv’s Marriage Boot Camp: The Hip Hop Edition. On Thursday night’s (May 26) episode, drama ensued after therapist Dr. Ish confronted the couple about a white powder allegedly discovered in their room.

The Three 6 Mafia legend was visibly upset and denied knowing what the substance was, as Dr. Ish encouraged her to get help if she was indeed struggling with some type of addiction. After the episode aired, Gangsta Boo called out Dr. Ish via Instagram and suggested he took the wrong approach when broaching the topic.

“You would think that someone like @drish would have a better choice of delivery, when he is trying to be all ‘professional,’” she wrote in the since-deleted post. “Not sure if he just a TV ‘Dr’ when the cameras are on or in real life when they are off.

“This is #mentalhealthawareness month so if you care so much about ppl health, with SO much ‘concern and sincerity,’ why did YOU noticeably allow ppl to be on prescription meds while drinking alcohol in front of you?? Everything was on camera. Don’t pretend like you didn’t know.”

Gangsta Boo added she wouldn’t recommend anyone to Dr. Ish, even if they were “desperate” for therapy. She continued, “You actually owe the ppl who suffer from these things in the dark A DEEP APOLOGY. It was a bit insensitive and wrong DOC.

“Someone may see you say what ur saying and be scared to get help in fear of being looked at as a substance abuser or judged by people. I actually have a REAL therapist who would NEVER attach personality disorders to substance abuse  so freely or allow patients to indulge in alcohol on prescription meds in front of them.

She concluded, “Do you know how dangerous and unsafe that is? Could be fatal for some. Did you not care about that? Don’t pick and choose when you wanna be on patrol to be this health concern doctor. Should be a 24 hr. thing. I used to respect you. I have zero respect for you now or your kind. Are you even married? Let’s be clear. Do better homeboy.”

Boo later tweeted, “Side Bar: Oh and I don’t take anyone serious who watch ppl drink and party on prescription meds. The danger in that alone is wild. Back to this Verzuz.”

Dr. Ish addressed the controversy with, “I was very sad to see #GangstaBoo and #Emmet have to leave … loved working with both of them. Just good humans. #HipHopBootCamp.”

Check back with HipHopDX soon for an exclusive interview with Gangsta Boo and Emmett.