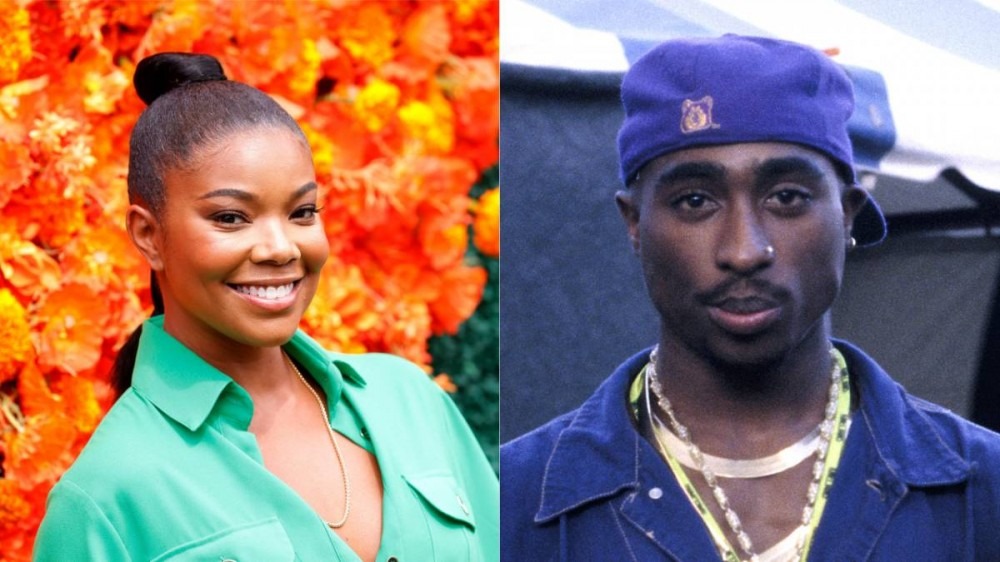 Tupac Shakur was more than a sex symbol in the 1990s.

The late rapper has had many stories told about his influence in Hip Hop, from close relationships with Jada Pinkett Smith to dating Madonna. While promoting her new book You Got Anything Stronger?, actress-turned-author Gabrielle Union joined former NBA star JJ Redick and Tommy Aptler on their The Old Man and the Three podcast and revealed her own Pac story and how she only fell into acting after attempting to live out her dream of the moment: being a model.

After landing an internship during her senior year at UCLA, Union had no intentions of acting, but the bug found her anyway.

“I had such low self-esteem, I wanted to be a video hoe so bad. That’s all I wanted,’” she told Redick and company around the 12:45 mark. “I didn’t wanna be in movies, I didn’t wanna be in commercials, I wanted to be the chosen video hoe. Well, that’s what we called them then, now they are ‘video vixens’, ‘IG models,’ yeah. But I wanted to be like a hot bitch, except I lacked all of the necessary accouterment like big boobs or an ass. It wasn’t really the desired look at the time. I was literally auditioning for the ‘California Love’ video with Tupac and 20 of his closest friends.’”

The audition didn’t pan out for Union, but she did star as a video vixen for several music videos, including LL Cool J’s “Paradise” and Busta Rhymes’ “I Love My Chick.”

In Union’s eyes, landing those videos only came after her head-turning role in the 2000 teen flick Bring It On. Still, not a bad video résumé for the actress who would go on to land roles in Bad Boys II alongside Will Smith, Cradle 2 The Grave with DMX and more.