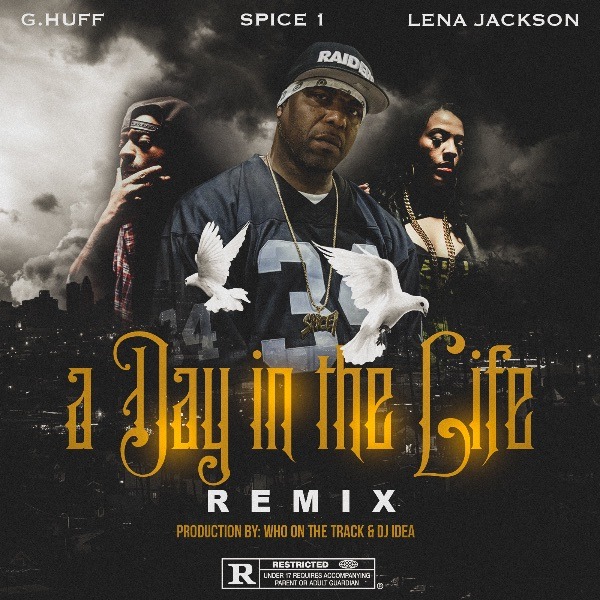 While the Statik Selektah Remix to ‘Another Dead Rapper’ feat M.O.P. is still getting major burn, G. Huff & Lena Jackson wasted no time on giving us another treat, in the form of a slow burner remix to ‘A Day In The Life’.

Here, Huff and Jackson kick verses about survival in the inner city over a synthy, mid-90s esque track produced by Who On The Track and DJ Idea. The East Bay legend and Platinum O.G. Spice 1 makes a stellar appearance, taking listeners on a lyrical rollercoaster by painting a very descriptive picture of the Bay Area streets.

This late night rider music includes the perfect combination of Midwest grit, West Coast funk and Southern soul. Hop in the ride, roll down the windows, and turn this joint all the way up! Don’t forget to drive slow….