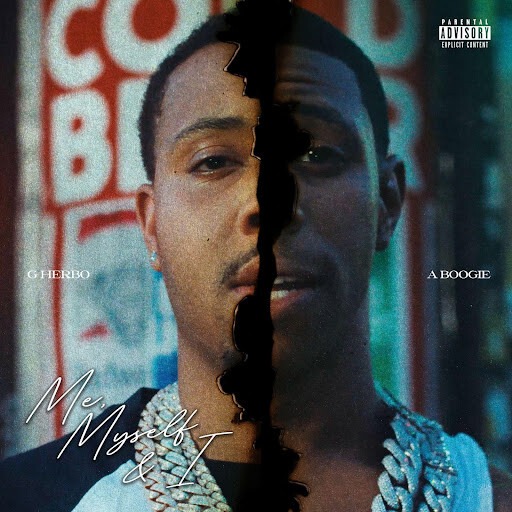 Laced with somber piano, a hypnotic beat underlines an instantly chantable melody by A Boogie Wit Da Hoodie. Meanwhile, G Herbo rolls through with honest and hard-hitting bars as he takes a moment to urge, “Put me in the hall of fame, any given season.” In the accompanying visual, he and A Boogie Wit Da Hoodie take over a classic New York basketball court, overlook the city from its rooftops, and engage in a stunning and scorching back and forth set against the sprawl of Herbo’s hometown.

About “Me, Myself & I,” Herbo commented, “A Boogie is my brother. We’ve been locked in since the beginning. It’s a deep record inspired by real-life events. When I heard the beat, I knew what I wanted to say. It’s about the pain we’ve felt and certain situations we couldn’t control.”

“Me, Myself & I” paves the way for Survivor’s Remorse, which has all the makings of a monumental and momentous statement for the culture.

Last year, G Herbo unleashed 25 to widespread acclaim. Complex noted he “is reaching new heights,” and he certainly did. 25 crashed the Top 5 of the Billboard Top 200. It not only became his second straight bow in the Top 10 of the chart, but it also emerged as his highest debut yet. It has amassed over 200 million streams and earned widespread praise. Starring on the cover, KAZI Magazine went as far as to christen him “Chicago’s Street Rap Messiah,” and HYPEBEAST dubbed it, “Arguably the rapper’s most vulnerable record to date.”

Experience Survivor’s Remorse and more from G Herbo in 2022.