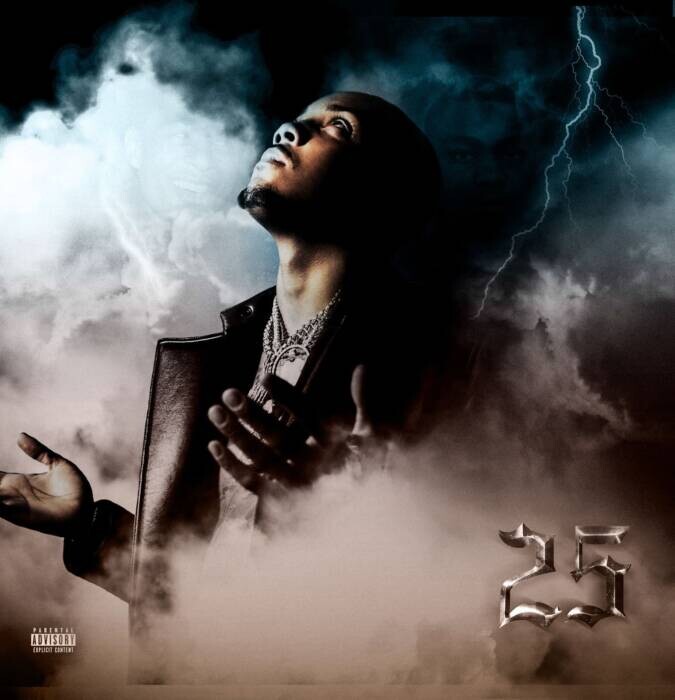 G Herbo opens up like never before on the record. Complex hailed it as “a confessional album that opens a window into his world at the quarter-century mark.” His raps rip deeper, while the hooks hit harder than ever. He’s delivered a project that speaks to the struggles of the Windy City and this generation while showing it’s possible to build an empire.

As such, G Herbo has assembled his biggest, boldest, and the best body of work to date with 25. Among these 19 tracks, he recruited a cohort of A-list collaborators, including Polo G and Lil Tjay on “Cry No More,” 21 Savage on “T.O.P.”, and The Kid LAROI and Gunna on “You Can’t.” Through and through, his authoritative flows, incisive choruses, and raw heart shine.

In the black and white video for “I Don’t Wanna Die” directed by child, G Herbo paints a clear picture of Chicago natives being targeted in their own communities. The sobering imagery is a heartfelt testimony of why he continues to be the voice of the streets.

He bulldozed a path for the project earlier this year with “Break Yoself,” and “Really Like That.” The FADER attested, “The tracks feel like siblings with their gunmetal-black sounds and visions of violence and wealth, though I can imagine turning up to ‘Really Like That’.” Plus, 25 boasts the fan-favorite “Statement,” nearing 10 million streams.

G Herbo is back, and he’s ready to flip the game upside down once and for all on 25. Merch including T-Shirts, Hoodies, and CD’s are available to shop HERE.