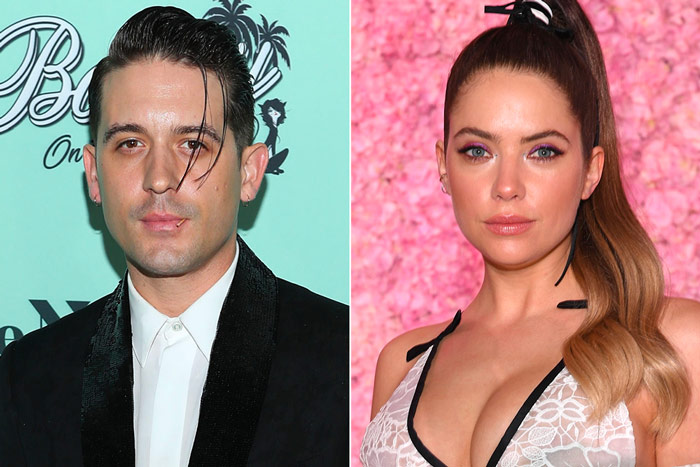 Did G-Eazy put a ring on it?

The rapper is sparking engagement rumors after his girlfriend Ashley Benson was spotted wearing a diamond ring on her left ring finger. Page Six obtained a photo of the couple grocery shopping together in Los Feliz, Calif. this week.

The former “Pretty Little Liars” star was seen wearing the massive ring on her left hand, which she reportedly tried to conceal in her pocket as much as possible.

The rapper, 31, and actress, 30, have been dating since May, when they were spotted kissing and showing PDA. Rumors of their romance began after Benson’s breakup with supermodel Cara Delevingne in early April.

G-Eazy, who released his most recent project Everything’s Strange Here in June, was previously romantically involved with Victoria’s Secret model Yasmin Wijnaldum. Prior to that, he dated Halsey on and off before their separation in October 2018.