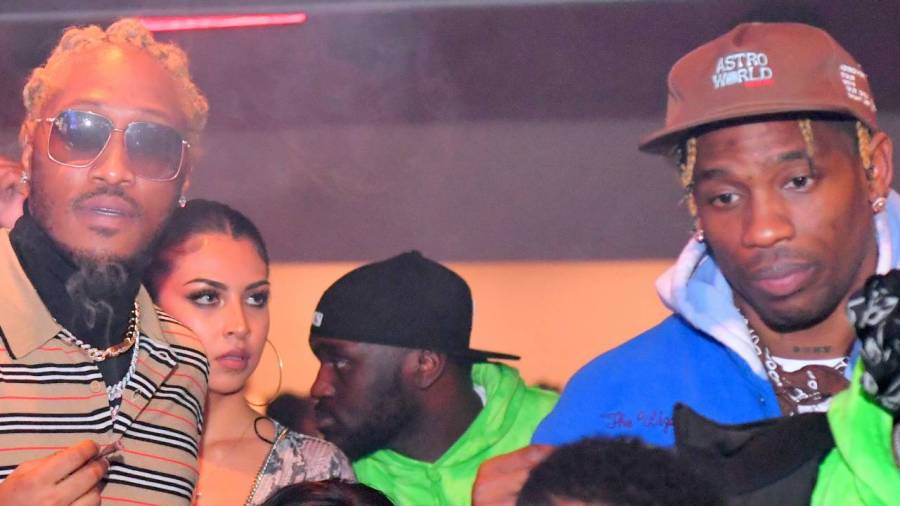 Rumors of a possible Travis Scott and Future Verzuz battle set the internet ablaze on Monday evening (January 18), but it doesn’t look like the rumors of the heavyweight matchup are true. Shortly after the chatter started, Future’s manager Anthony Saleh quickly put an end to the idea of anything being in the works at this time.

“I love verzuz but this isn’t true,” Saleh wrote in response to another tweet.

I love verzuz but this isn’t true https://t.co/FPE2DLwU5h

The rumor seems to have been started by a Twitter account by the name of Complex Ambition (unrelated to Complex) and social media took it from there. The account claimed they heard the idea of the potential Verzuz floated on Clubhouse by Timbaland’s manager and Mono Music Group boss Gary Marella.

Gary Marella said it on Clubhouse today, also said Verzuz is working on doing another Sport collaboration and Comedy

Regardless, the internet ran with the rumor and the consensus looks to be that Future would’ve had his way with La Flame in a pretty decisive fashion.

“Travis gonna play 90210 in a hit battle and feel all vibey and then Future gonna murder his ass with March Madness,” one fan chimed in. “Travis’s music isn’t made for hit battles.”

Travis gonna play 90210 in a hit battle and feel all vibey and then Future gonna murder his ass with March Madness. Travis’s music isn’t made for hit battles 💀

The next Verzuz is scheduled for Thursday (January 21) between R&B stars Ashanti and Keyshia Cole. Their matchup has been delayed twice amid the COVID-19 pandemic.

Find more reactions to the potential Future-Travis Scott Verzuz below.

Travis Scott will get fucking annihilated in a Verzuz against Future. Please don’t

Man save Travis the embarrassment & give Future a worthy opponent. https://t.co/PkyfEAldnv

Travis Scott after Future pulls out Codeine Crazy, March Madness, & Fuck up some commas back to back to back pic.twitter.com/Po9Jttk8XG

Future: I JUST FUCKED YOUR BITCH IN SOME GUCCI FLIP FLOPS

Prayers up for Travis Scott and his family. https://t.co/uOfC443IAT

All future has to do is play his 2015 Catalog and it’s over; these people trying to end Travis’s career pic.twitter.com/7l1mjnsXt8

Future going on a versus with Travis Scott is like a child abuse tbvh. Future will beat him black and blue 😂

travis don’t have any songs touching these future songs 😭😭😭 pic.twitter.com/u7TS588H1t