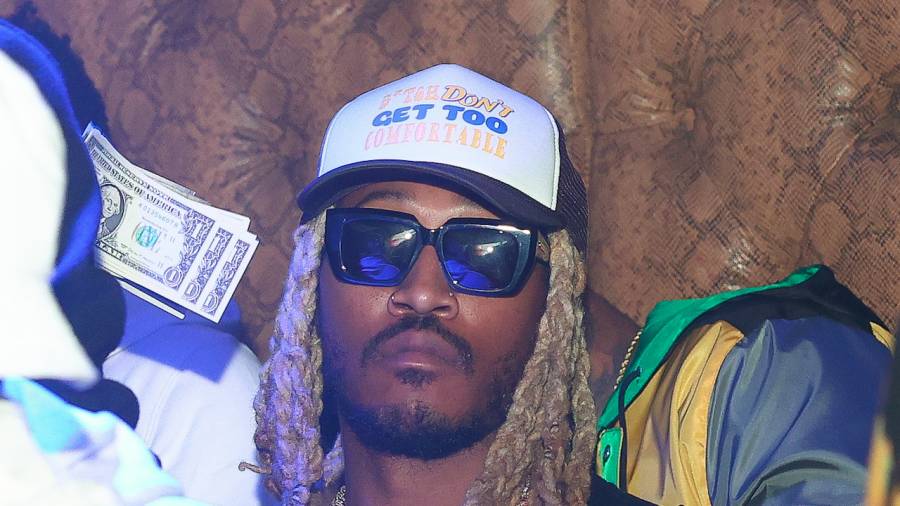 From Gucci flip flops to rare Birkinstocks, Future knows a thing or two about luxurious footwear. The Atlanta legend posted to Instagram on Monday (February 8) rocking a pair of sandals which were actually made from leather of the lavish Birkin handbags Future has gifted to his team of girlfriends over the years.

Taking on the silhouette of Birkenstocks and using destroyed Hermes bags brought Future’s vision to life thanks to designer MSCHF. The sandals start at $36,000 and can go upwards of $76,000 depending on how much material is used.

According to Complex, Future’s pair cost him a cool $48,000 and other buyers in line for a pair of the limited sandals include Kehlani. Potential buyers have to fill out an inquiry form and get the design approved and paid for before production will begin.

MSCHF thought using Birkin bag material would be fitting with the hangbags becoming a status symbol in pop culture in recent years.

“Birkin bags are like a cultural meme, a symbol for a certain kind of wealth,” creative director Lukas Bentel told The New York Times.

Future has often incorporated Birkin bags into his lyrics and teased a collaboration with Gunna in late 2020 where references “Birkin bags and G-Wagons,” which fans have given the snippet as an unofficial name.