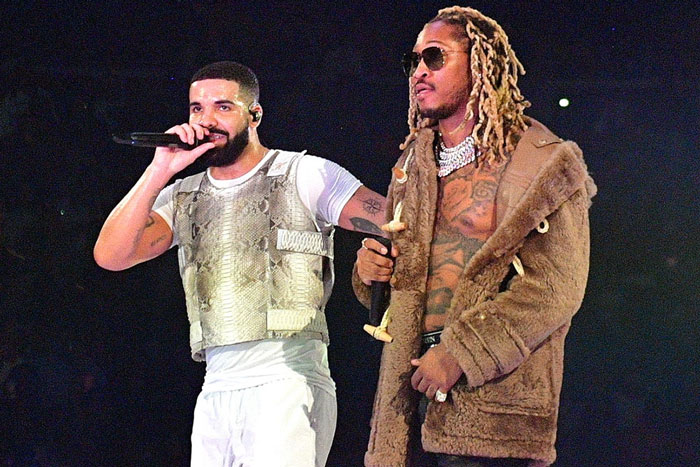 While fans patiently wait for new music from Future and Drake, the two keep teasing the project.

Taking to Instagram Stories on Tuesday, Future shared more snippets with his 14 million followers. He filmed a pile of jewelry soundtracked by a new verse from Drake. “Sayin’ what I had to and did what I did,” raps Drizzy in the brief clip. “Never turn my back on FBG and God forbid.”

Hndrxx also posted footage from a music video shoot with Drake where they appear to be unplugging electrical cables in a control room. He captioned it “Life Is Good” but the audio was muted so it’s unclear if that’s the same song in the teaser.

Additionally, Future snapped a pic of his Maybach steering wheel, writing “Life Is Good.” Earlier in the week, Drake teased a song or project with the same title on his IG Story.

Last month, the OVO x FBG duo took over McDonald’s in Atlanta to shoot a video for an undisclosed song where they played fast food workers. They were also joined on set by 21 Savage and Mike WiLL Made-It.

“Life Is Good” could be off the long-awaited sequel to Future and Drake’s 2015 joint mixtape What a Time to Be Alive, which they’ve been teasing since last year. Earlier this month, a song called “I Know” leaked online. Future previewed the track on Instagram over the summer.