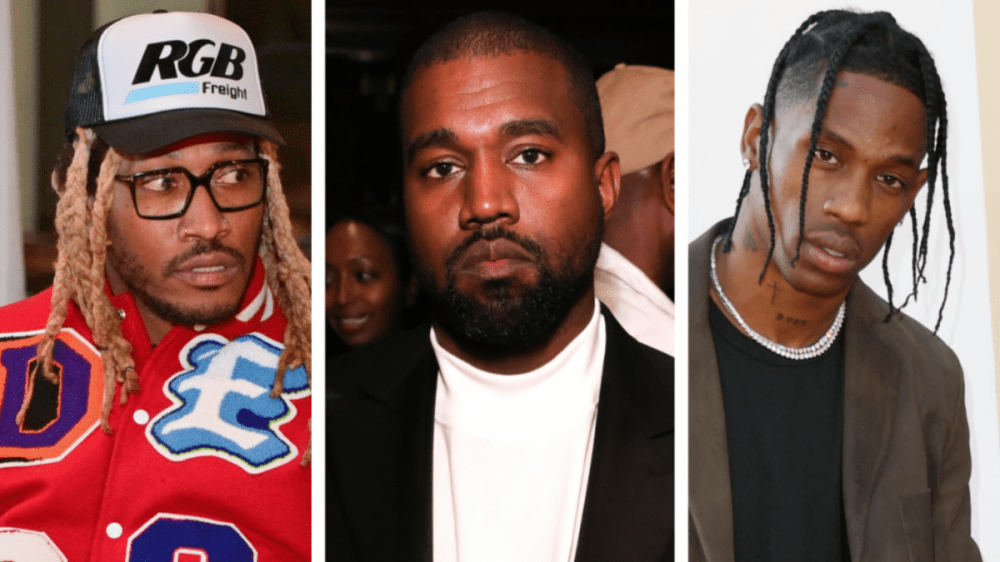 Future has been laying low since the release of his Pluto x Baby Pluto album with Lil Uzi Vert in November 2020, but it appears he’s up to something big with a couple of familiar faces.

The Atlanta rapper took to Instagram in the early hours of Friday morning (May 14) to share a photo standing alongside Kanye West and Travis Scott. Even though all three of them had bags over their heads, Future revealed their identities by tagging them.

He wrote in the caption, “Ion kno what I would do without me. YE,” before deleting the post altogether. Of course, it wasn’t quick enough to stop fans from screenshotting the evidence.

Future, Kanye & Travis Scott got something in the works 👀🔥 pic.twitter.com/FYPAPJtJKq

Whatever they were doing, producer Wheezy was also involved after posting a photo of a face-covered Future to his Instagram Stories.

EVERYONE NEEDS TO RESPECT THE YEEZY 450s

Kanye West previously collaborated with Future on “I Won” off 2012’s Honest album, along with Pusha T’s “Pain,” which he produced with No I.D. for 2013’s My Name Is My Name album. Future’s vocals also famously appear on “Father Stretch My Hands, Pt. 1” for Metro Boomin’s tagline.

During a 2012 interview with VladTV, Future talked about learning from Kanye West having achieved so much in his career.

“When I’m in the zone with Kanye, whatever he saying to me, man I salute that because I understand he got Grammy after Grammy and you can see his résumé,” he said. “So with a dude with a résumé like that, you just take those words and go harder.”

He added, “He always critiquing it but he taking that rawness of it too, he know how to fill in the blanks, the different elements of music … just the feeling of it, the vibe of it, he capturing that moment. He wanna capture the moment when I first did it, that feeling that I gave him, he critiquing everything about me. I’m doing it naturally, my raw talent, and he can go back in and find it and see what’s good about it.”

Travis Scott and Future most recently linked up on the remix of 2020’s No. 1 Hot 100 single “Franchise” with M.I.A., and have previously teamed up on songs such as “Solitaires,” “First Off” and “3500” featuring 2 Chainz.