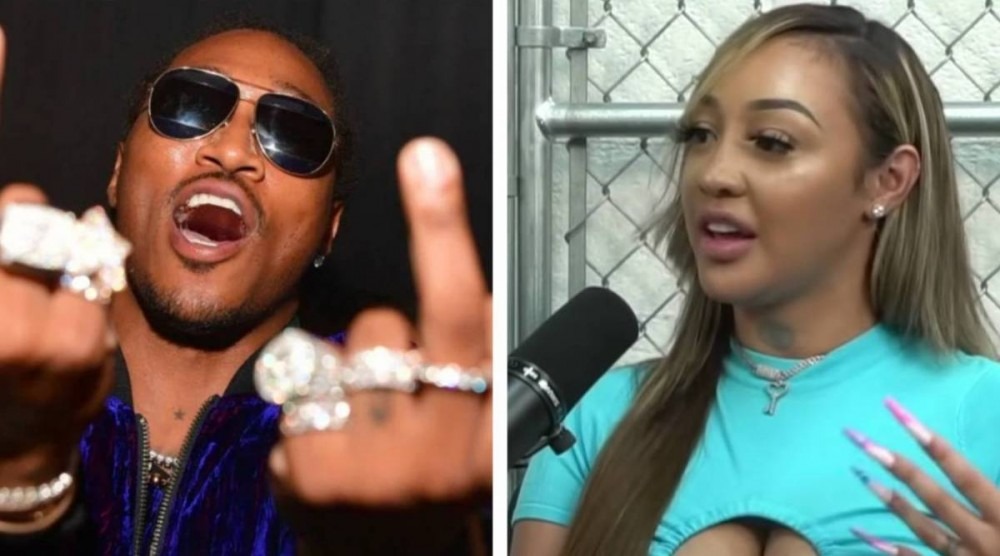 Instagram model and self-proclaimed “motivational speaker” Blu Jasmine has secured the attention of major online entities such as Akademiks, No Jumper and Kevin Samuels this year.

However, a recent interview she conducted with Akademiks is bringing her credibility into question as she pushes through for that coveted blue check that indicates Instagram verification.

In a nutshell, she claimed Future — the rapper widely known for dating multiple women — offered to pay her money for sex.

“So you’re saying that chicks is telling Future like ‘Yo, it’s $10,000 or whatever to fuck?’ And he’s paying that money to fuck?” Akademiks quizzed Jasmine during their discussion.

Akademiks incredulously walked away from his computer screen to add effect to the fact he didn’t believe and doubled down by telling her so.

“That’s cap!” the former Everyday Struggle host yelled. “Future had chicks buying their own flights! Stop it, girl! I was rooting for you Jasmine — you can’t be making up these type of lies!”

It didn’t take long for Akademiks’ clip to circulate on Instagram to where the account Hip Hop Ties picked it up — and Future vehemently responded in the comment section.

“She big big capping…dnt kno her dnt care to kno her!” Lord HNDRXX fumed. “Why she lying?”

Akademiks, who was the catalyst for the entire ordeal, reposted the comment underneath his own interview clip, bringing the story full circle.

Social media rumors are likely the least of Future’s worries these days, however. According to AllHipHop, a Virginia rapper is suing him and Metro Boomin for allegedly stealing Beast Mode 2 track “When I Think About It” after he sent the template to his Freebandz artist Doe Boy.