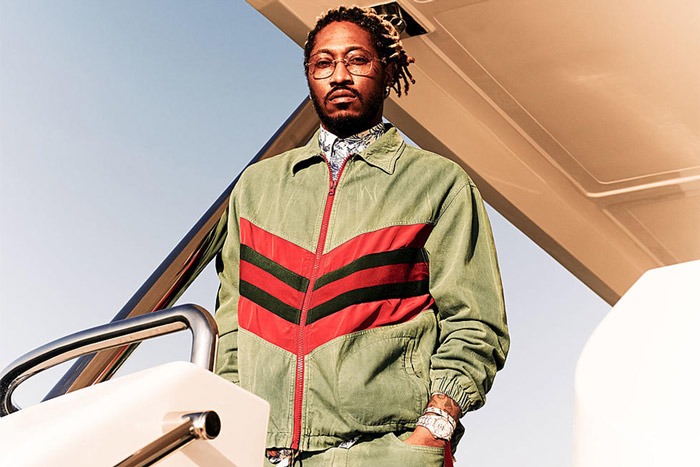 Despite trying times, Future is keeping the positive vibes coming.

The Atlanta rapper has announced that his upcoming album will be titled Life Is Good, inspired by his 2x platinum single featuring Drake. He made the revelation in an interview for the cover of XXL.

“It’s about life and being good and just enjoying life,” he told the magazine. “So many tragedies and catastrophes and everything is going on in the world. And you want to enjoy life, as long as you have it. Waking up, breathing, well, you want to be able to soak it all up and be appreciative for every moment on this earth, every moment that you’re living.”

Life Is Good represents his current mindstate. “Life Is Good is where I am at. Mentally, life is good, it’s just a state of mind. It’s just about being, whatever is going on good or bad, life is good, but life is precious,” he said. “You only get one life, so you want to just make the most of it. Instead of complaining about certain things that you want to be, you know, you want everything to be perfect, but that’s not the situation so I want to make good for what I have going on. With me, I want to send a positive message through hard times for me or anyone else.”

Added Future, “It’s me trying new things. I want to remain true to self, but also true to my fans and just giving them a good project, a great project to be able to listen to, but also for different artists to be able to feed off of, create off of, come up with different ideas and just being at the forefront of just making a solid album, a solid, complete album. It’s just very important to me.”

During the interview, Hndrxx also discussed his work with Drake. The two have teased a sequel to 2015’s What a Time to Be Alive, but it’s unclear if and when their joint project will see the light of day. “We always working on music and creating with each other and we create, building off each other’s ideas, feeding each other different ideas,” he said.

Meanwhile, his love life remains in the spotlight. He and girlfriend Lori Harvey went public with their relationship in January, but Future remained tight-lipped about their romance. “You get the people in the world who want to know, so you open up a little bit, but you got to save majority for yourself and your partner,” he said.

Life Is Good serves as the follow-up to last year’s The WIZRD, which opened at No. 1 on the Billboard 200. The Drake-assisted title track peaked at No. 2 on the Billboard Hot 100 and spawned a remix with Lil Baby and DaBaby.