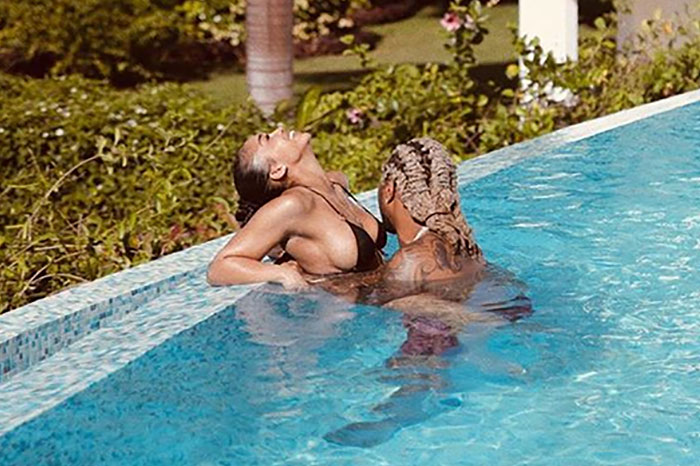 Future and Lori Harvey are making it official.

After going public with their relationship over the weekend, the couple is showing more PDA. This time it was Future who posted a photo of him and his new girlfriend boo’d up in the pool. A bikini-clad Harvey is all smiles as she cozies up to the Freebandz rapper during their romantic getaway in Jamaica.

Future captioned the pic “Life is Good ❤️🦅,” which is also the title of his new collaboration with Drake.

The couple is currently in Montego Bay celebrating Harvey’s 23rd birthday. Two days ago, Steve Harvey’s stepdaughter posted a video of Future kissing her on the cheek, seemingly confirming their long-rumored romance. She captioned the clip with the same words: “Life is Good.”

Future also shared a video on his Instagram Story of Harvey being presented with a birthday cake before her friends sang “Happy Birthday” to her.

Meanwhile, Harvey was officially charged in her hit-and-run case from October. According to TMZ, she was charged with one count of resisting/delaying/obstructing a peace officer, and one count of hit and run resulting in property damage. She is expected to be arraigned later this month.