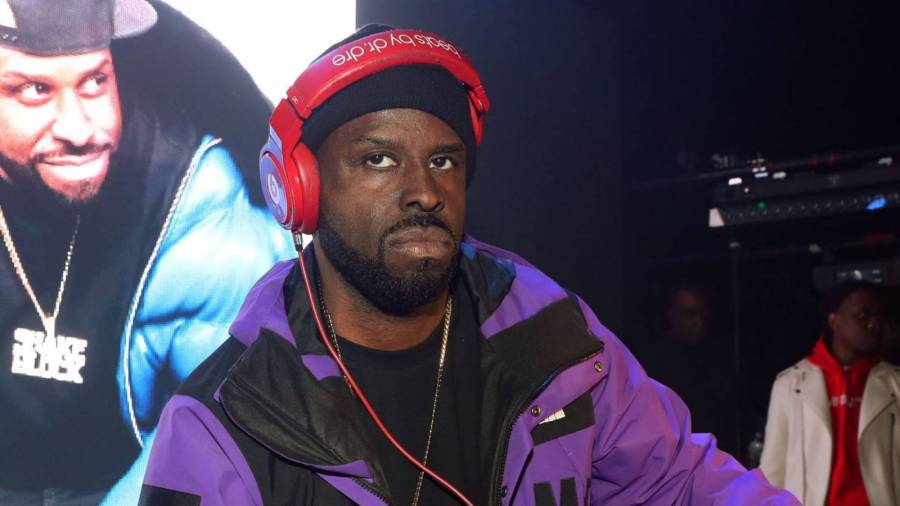 Pete Rock was among the many showing their support for Conway The Machine after he accused Funk Flex and other New York City radio DJs for intentionally not playing his music. On Tuesday (July 12), the legendary producer shared a post of Conway’s video and wrote in the caption, “Get his foot off of NYC radio. It’s like they wanted real hip hop suppressed so that other music wins. All music wins but to stifle real ones carrying torch is a crime.”

Funk Flex quickly hopped in the comment section and was ready for a battle, but Rock didn’t take the bait — at first. He ultimately decided to share his thoughts on how he believes Funk Flex operates.

“You don’t play real artist no more,” he said. “You talk shit like you better than everybody and I believe all threats with real talent in music were removed by plan out the way for that new shit to happen. You a NY nicca treating the other ny artist who put in work like our career is over. You stop playing Wu Tang You play no Griselda nothing, stopped playing a lotta artist then you judge mafuggas and make fun of that fact you control what you want when you on air.

“So much good music out here to be ignored and as a black dude treating other black talented people like they beneath you. You don’t make beats or rap but you shitted on artist cuz you could and you stopped supporting real hip hop music to cater to whoever got you in their pocket. That’s sucka DJ behavior.”

Pete Rock, who used to work at both Hot 97 and WBLS, also berated Funk Flex for treating Black artists in a way he finds unacceptable.

“When I was a DJ on Hot 97 & WBLS, I never fronted on artist in hip hop not playing their music,” he continued. “I played everybody shit even west coast shit you was frontin on. That’s why niccas is upset cuz you shitted for no reason. Black people not supposed to treat each other like that but deez days money will make a nicca do anything.

“Always been a funny style dude from day 1 only to front on niccas later and run that mouth of yours playing wack shit. @funkflex you do this in your own city to your own people and be nonchalant about shit laughing like it’s a joke. Smh.”

But of course, Funk Flex was ready with a rebuttal and proceeded to disparage Rock. On Wednesday morning (July 13), he shared his thoughts with his 2.4 million Instagram followers using a photo of Pete Rock.

“I HAVE WATCH THIS GUY GIVE HIS ‘OPINION’ OF ME FOR ABOUT 2 YEARS!” he wrote in the caption. “HE’S ONE OF MY FAVORITE DJS, PRODUCERS AND MC’s!!! I HOPE THAT SOME OF OUR MUTUAL FRIENDS WILL UNDERSTAND THAT GOOFY HAS BEEN BEGGING FOR SMOKE!

“THURSDAY 7PM I WILL SHARE MY OPINION OF HIM! @HOT97. I GOT A FEW STORIES TO TELL! IF ANY OTHER DJS / RAPPERS / PRODUCERS OF OUR ERA FEEL AWAY IM IN THE COMMENTS!”

That was only the beginning. Funk Flex included multiple slides accusing Rock of indulging in drugs and alcohol while dissing his musical output over the last five years.

@hahaha Coming from the guy who shitted on drill!” he said. “They from ‘NY’ my friend! They fired u from WBLS and HOT97 in that order because u lost touch with the music, streets and club! Please remember I’m a fan of your music, love every song u ever made, loves listening to u on the radio, love your bars … @realpeterock u sit in your basement high as hell, out of touch, mad at the new generation.

Pal … your career was over the day u stop realizing HIP Hop can’t be dictated. YouTube, Apple and Spotify dictate the culture! Never needed a petty $2,500 artist throw around to get records played! Radio/clubs keeps my accountant busy! You wish I took money…makes u feel better about your wack songs u made in the last 5 years that I didn’t play! (Be clear everything else u produced is amazing). I’m funny style to u? Or u made that we the same age and your career went a little let’s say ‘different’ than mine! Your right I laugh like it’s a joke. A LOT of people LIKE YOU haven’t come to terms there is a new style of artist controlling the craft.

He ended with, “Get off the drugs and liquor and ask questions. Grown men grind…losers look at the net man’s plate!” As he promised, Funk Flex is expected to go into even more detail at 7 p.m. ET. In the meantime, Conway The Machine is reminding Flex just how scared he was of 2Pac back in the day. Check out the Instagram post below.