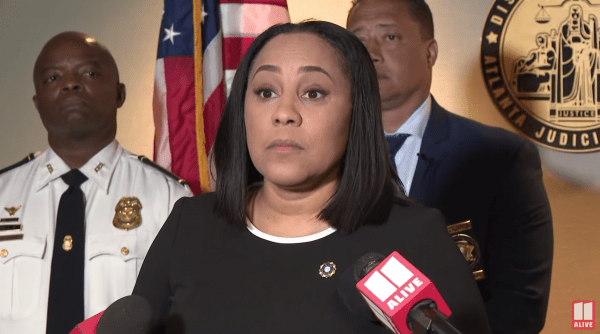 In a new press conference, Fulton County, GA District Attorney Fani Willis defended using rap lyrics as criminal evidence in the YSL and Drug Rich Gang R.I.C.O. cases. This comes after 26 alleged members of the Drug Rich Gang were arrested in Atlanta and have been in connection with a string of high profile home invasions and other violent crimes in the Atlanta area.

“I think if you decide to admit your crimes over a beat, I’m gonna use it,” Willis said. “You do not get to commit crimes in my county and then decide to brag on it, which you do that for a form of intimidation and to further the gang, and not be held responsible.”

“Just one of the lyrics used in this indictment is: ‘Me and my crew striking out, striking in all black / Send me the drop, we’ll kick in the house / If we steal a car, we’re gonna take off the tags.’ Well, they’re kicking in doors, committing home invasions and now I’m using those lyrics that they’re admitting to doing that.”

Fani continued, saying; “I’m going to continue to do that, people can continue to be angry about it. I have some legal advice: don’t confess to crimes on rap lyrics if you do not want them used — or at least get out of my county.”

Yesterday it was announced that 26 alleged members of the Drug Rich Gang were arrested and hit with R.I.C.O. charges in connection to multiple home invasions and other violent crimes. Investigators used music videos, rap lyrics, and social media posts to tie members of the gang to the indictment.