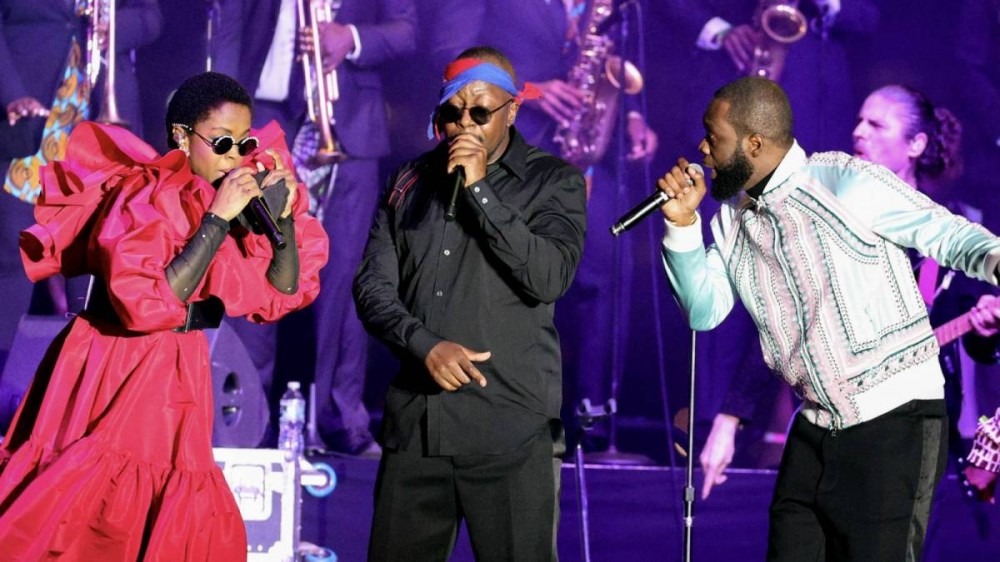 Lauryn Hill, Wyclef Jean and Pras — collectively known as the Fugees — unexpectedly announced a world tour in September. After performing a pop-up show in New York City, the trio was supposed to continue the 12-city run in November. But according to a recent Instagram post, the remaining dates have been postponed. On Friday (October 29), the Fugees explained it was in the best interest of their fans.

“Dates for our upcoming Fugees 25th Anniversary Tour are moving to early 2022 to ensure the best chance that all cities on the tour are fully open so we can perform for as many fans as possible,” it reads. “With so much excitement around the reunion tour, we are also happy to announce that we will be adding more cities and dates! Full details coming soon along with some SPECIAL announcements.”

Longtime Fugees fans were shocked by the reunion announcement considering how bad their breakup was. The celebrated Hip Hop legends went their separate ways in 1997 after Wyclef and Hill admittedly had an affair while he was married to designer Marie Claudinette.

According to Jean’s autobiography Purpose, Hill also lied about the paternity of her son Zion and led him to think the child was his, when it reality the baby belonged to Bob Marley’s son Rohan.

“In that moment something died between us,” Wyclef wrote at the time. “I was married and Lauryn and I were having an affair, but she led me to believe that the baby was mine, and I couldn’t forgive that … She could no longer be my muse. Our love spell was broken.

But in a statement to HipHopDX, Hill suggested a significant amount of healing had transpired in the years since.

“The Fugees have a complex but impactful history,” she said. “I wasn’t even aware the 25th anniversary had arrived until someone brought it to my attention. I decided to honor this significant project, its anniversary and the fans who appreciated the music by creating a peaceful platform where we could unite, perform the music we loved, and set an example of reconciliation for the world.”

Wyclef added, “As I celebrate 25 years with the Fugees, my first memory was that we vowed, from the gate, we would not just do music we would be a movement. We would be a voice for the unheard, and in these challenging times, I am grateful once again, that God has brought us together.”

The Score was released in 1996, serving as Fugees’ sophomore album. The project peaked at No. 1 on the Billboard 200 and won two Grammy Awards in 1997 — one in the Best Rap Album category and another in the Best R&B Vocal Performance by a Duo or Group category for “Killing Me Softly.”