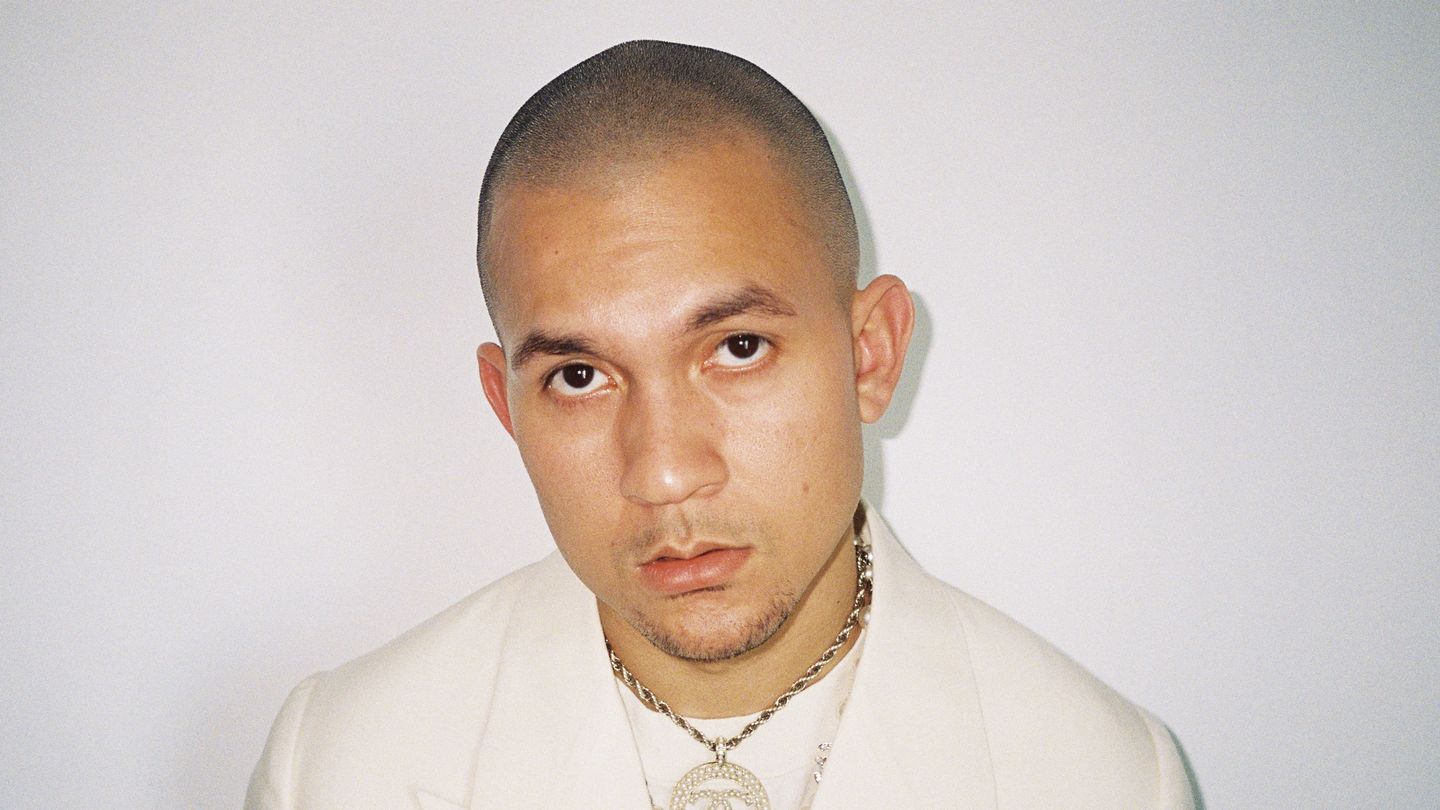 Think of your favorite reggaetón track. Whether it’s a Wisin & Yandel cut from the genre’s 2000s breakthrough, like “Abusadora,” or a contemporary hit, like “Yo Perreo Sola” or “Callaíta,” Tainy has likely had a hand in it. When reggaetón was first rising up, the Puerto Rican producer was working under Luny Tunes, the duo du jour behind the song that lit the fuse for reggaetón, Daddy Yankee’s “Gasolina.” In the 15 years since, he’s become the go-to hitmaker for artists like J Balvin, Bad Bunny, and Anuel AA. Last month, on Billboard‘s Latin Producers chart, which ranks the producers with the biggest hits of the week, Tainy had sat at No. 1 for over 50 weeks. Recently, he was awarded Producer of the Year at the Billboard Latin Music Awards for his achievements in that medium.

“That was amazing for me,” he tells MTV News. “That’s the first time [for me] getting an award like that. I’m happy, but I’m back to work to keep it going.”

He’s also won three Latin Grammys, and he’s up for four more at the 2020 show later this month. He’s nominated twice in the Album of the Year category for his work on two of the year’s biggest releases: Bad Bunny’s YHLQMDLG and J Balvin’s Colores. This kind of success has been over a decade in the making.

When Marco “Tainy” Masís was 14, his friend Nely “El Arma Secreta” introduced him to the world of music production. After learning the ropes from Nely, Tainy submitted his music to Luny Tunes, who signed the aspiring producer. After the genre’s global success with “Gasolina,” even non-Latinx acts were wanting in on the movement. In 2006, Paris Hilton commissioned a Luny Tunes remix of “Stars Are Blind” that the duo enlisted Tainy to work on. Boricua reggaetoneros Wisin & Yandel featured on the track. “For me that was crazy because reggaetón was exploding,” he recalls. “Artists from all around the world were noticing what we were doing.”

Tainy kept that momentum for reggaetón going well into the following decades, including stepping out from behind the boards as a listed artist on recent hits. This summer, Tainy aligned British pop star Dua Lipa with J Balvin and Bad Bunny on “Un Día (One Day)” and reworked the iconic SpongeBob Squarepants theme song on “Agua” with Balvin.

Like Luny Tunes did with him, Tainy is hoping to nurture the next generation of talent with his Neon16 label. The imprint’s new release is “Falta,” with Dominican-American rapper DaniLeigh, Tainy, and new signee Kris Floyd, which dropped on October 30. “It’s one of my favorite tracks,” he says. “Kris Floyd killed it. DaniLeigh killed it. They combined their voices so well.” With his latest cut out in the world, Tainy talked to MTV News about the reggaetón music movement and the biggest hits of his career.

MTV News: You have the unique perspective of working in reggaetón from its 2000s breakthrough to now. How has the scene changed over the years?

Tainy: The genre was still, like, evolving when I started and finding its way. I think now we have something more stable. You know the sound around the world. You know what reggaetón is. Now you have different sub-genres beneath it. It’s a lot more structured now. It’s now seeing where it can keep going. Before there was a lot of backlash, as in any other genre, that this wasn’t music, that this was something people would not respect musically. It needed time to evolve and be perfected, like us as producers, the sound, the quality, and everything.

MTV News: You produced Justin Bieber’s “Habitual” for his Changes album this year. What was it like to do something outside of reggaetón?

Tainy: I’ve always wanted to work with Justin. He gave me the opportunity to send in some music and he ended up liking the initial instrumental idea that I had. If you listen to the project, it’s all in that same R&B vibe. Who knows? Maybe eventually we can do something like reggaetón with more movement. It’s another goal for me to be able to work with artists of that caliber. I try to grow as a producer and not get locked in that you’re just this reggaetón producer. I’m a fan of a lot of types of music. I want to see if I can add this to my repertoire of things that I can do and people that I can work with. Little by little I’ve gotten these chances with songs like “Habitual” and [Cardi B’s] “I Like It,” which is not a reggaetón song, and it was successful.

MTV News: Why did you start listing yourself as an artist on some of your recent songs?

Tainy: Me, as a producer and fan of music, I’m starting to create different ideas and things that I want to do. It’s not necessarily what an artist is asking from me at the moment. This is one opportunity where I can say to an artist, “Yo, come into my world and see what I want to do music-wise.” Now it’s about what I want to do at this stage in my life and my career, what I want to transmit with my music.

MTV News: A big hit with your name on it is “Agua” with J Balvin. What was it like to remake the SpongeBob Squarepants theme?

Tainy: At the beginning it was a lot of pressure because everybody knows SpongeBob. Everybody knows the theme song, so you don’t want to mess it up. As soon as I had the files and I was in the studio and in my zone, everything just started flowing naturally. It was a really fun experience creating the music and knowing that J Balvin would be the one to transmit that energy of the song. He was super hyped and into it.

MTV News: This summer you also bridged pop and reggaetón with Dua Lipa, J Balvin, and Bad Bunny on “Un Día (One Day).” What was that experience like?

Tainy: It’s something I want to keep doing, merging genres and merging sounds. Seeing what else we can create. What else can be done that’s not predictable. This beat on “Un Día” has a different vibe where you can feel the movement of a reggaetón song, but the same time, it can still feel pop. It can feel mellow. Combining those worlds of Dua Lipa, Balvin, and Bad Bunny, to me that’s everything. As a producer, to have artists like that on one track is amazing.

MTV News: What do you see for the future of reggaetón music?