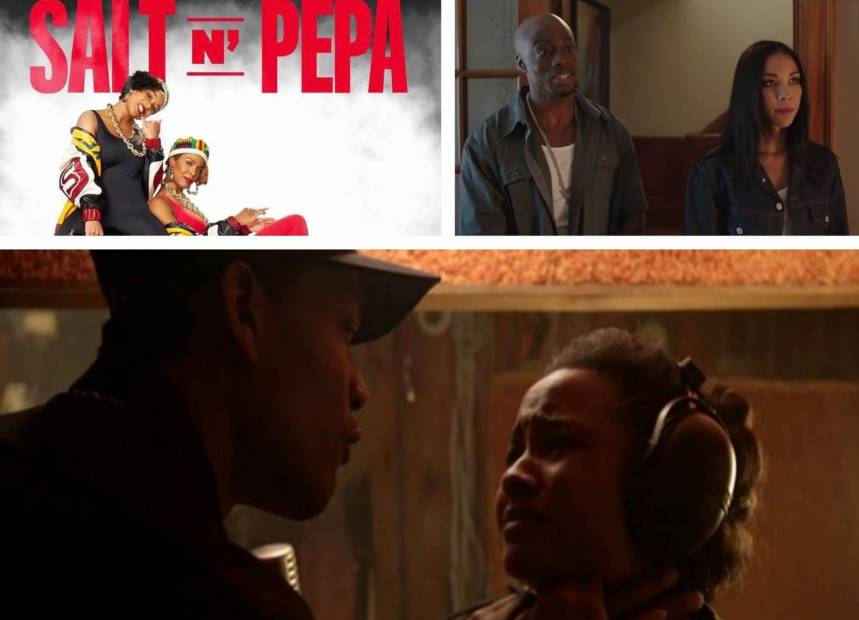 Lifetime premiered the Salt-N-Pepa biopic on Saturday (January 23) to both the delight and chagrin of their fans, a reaction all too familiar when it comes to some of the television network’s content. One of the major complaints was DJ Spinderella — who joined the ’90s Hip Hop duo in 1986 — was grossly omitted from the storyline.

On the eve of the biopic’s premiere, Spin purged her thoughts via Twitter and was obviously disheartened by the decision.

“Sorry, but I gotta speak on this Lifetime special,” she wrote. “Too often, Black women who have made meaningful contributions in their industry are left out of historical narratives. Back when Salt ‘N Pepa was building our legacy, which is rooted in empowering women, I could not have dreamed that this same group would one day disempower me.”

She added, “Words cannot fully express my disappointment when I learned a decision was made to move forward with a Lifetime biopic that wrongfully excluded me from every aspect of development and production.”

Sorry but I gotta speak on this Lifetime special.., Too often, Black women who have made meaningful contributions in their industry are left out of historical narratives.

Subsequent tweets echoed Spinderella’s sentiments, with many outraged Lifetime would exclude such a vital part of their story.

“Saddest thing about #SaltNPepaMovie is y’all talk about women’s empowerment but left #Spinderella out,” one person wrote. “Ain’t no #SaltNPepa without the #Spin.”

Saddest thing about #SaltNPepaMovie is y’all talk about women’s empowerment but left #Spinderella out. Ain’t no #SaltNPepa without the #Spin pic.twitter.com/vGYj2b1R8z

But the same thing happened when Lifetime released Aaliyah: The Princess of R&B in 2014. Directed by Bradley Walsh and based on John Farley’s biography Aaliyah: More Than A Woman, the film was immediately met by scathing criticism due to the disapproval of Aaliyah’s family. The actor who played R. Kelly, Clé Bennett, was also slammed for his portrayal of the embattled R&B singer.

“The guy that played R Kelly looked nothing like him,” one review read on IMDb. “It was bad acting all around. Wendy Williams just shut up when you are endorsing a a project. Maybe you jinxed it.”

The film’s reception was so bad, it received an abysmal 14 percent on the popular entertainment site Rotten Tomatoes with The Wrap calling it, “a forgettable, overly publicized splash in the pan unworthy of the woman it earnestly but clumsily attempts to honor.”

Despite overwhelming negative reviews, the movie became the second highest-rated television film that year, drawing over 3.2 million viewers upon its premiere.

The Salt-N-Pepa biopic even opened old wounds and generated tweets such as, “I really hope they redo a movie for Aaliyah Pensive face…what lifetime produced was beyond disrespectful” and “Lifetime better not even think about it! Lmaoo I’m still salty about that Aaliyah biopic they did!”

The movie was a response to the wildly successful Straight Outta Compton film that had arrived a year earlier, which failed to include Michel’le as well as Dre’s infamous assault on Pump It Up! host Dee Barnes. Although it faired slightly better on Rotten Tomatoes with a score of 50 percent, the film was still scrutinized with some commenters saying it simply “sucked” or it was “terrible.”

But still, its reception wasn’t as polarizing as Salt-N-Pepa or the Aaliyah biopics. Not only did it reel in 2.3 million viewers the night it debuted, but it Twitter reactions also swung from joy and appreciation to shock and disgust.

Overall, people were thoroughly impressed with actress Rhyon Brown who portrayed Michel’le. Comments such as, “Best biopic made by Lifetime. So happy that you got to tell your story. You are an amazing and beautiful woman” and “this actress is playing no games! Great job so far, Rhyon Nicole Brown” weren’t difficult to find.

While Lifetime’s mission to shed light on some of Hip Hop and R&B’s most fascinating artists is a valiant one, somehow the network always finds a way to offend someone. But, as demonstrated on Twitter every single day, polarizing views will always dominate the conversation. That’s what makes the conversation, right?