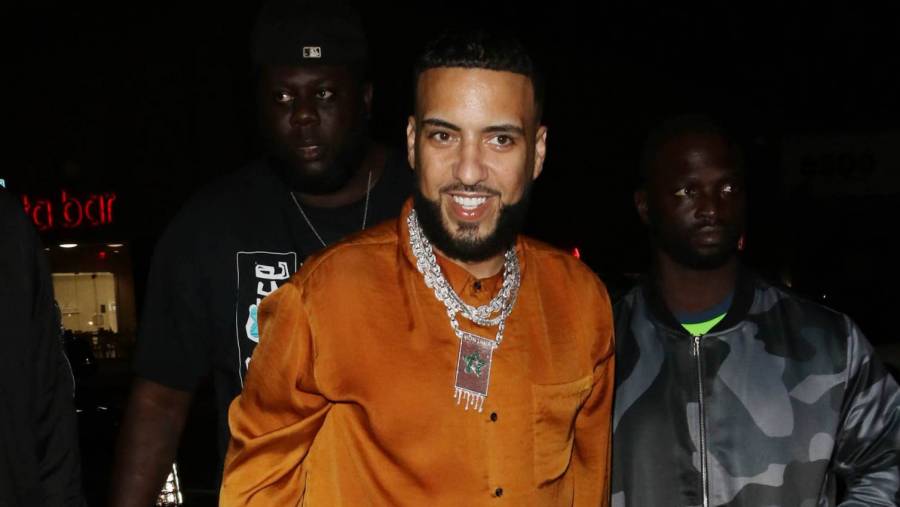 French Montana is bolstering his Coke Boys label with the addition of a buzzing new artist out of New York. On Sunday (December 6), Staten Island rapper CJ — best known for his “Whoopty” single — announced himself as the latest member of the imprint.

In an Instagram video, French says “welcome to the fam” while putting a gold chain with the Coke Boys logo around his neck, before coming together for a handshake.

The rising 23-year-old released his breakout drill song “Whoopty” on July 30, which is currently peaking at No. 66 on the Billboard Hot 100 and No. 11 on the UK Singles Chart. The track has over 72 million plays on Spotify, with the music video also boasting almost 44 million views.

“Whoopty, bitch I’m outside it’s a movie,” CJ raps in the song. “Blue cheese, I swear I’m addicted to blue cheese/I gotta stick to this paper like loose leaf/Bitch I’m ’bout my chicken like it’s a two-piece/You can have your bitch back, she a groupie/She just swallowed all my kids in the two-seat.”

“I try to keep it short and simple,” he said. “And pretty much just, I wanna make catchy music. [Have] people that’s gonna sing along. I don’t wanna be too complicated and be too serious in my songs. I want kids to recite my lyrics, older folks, too. Just kinda like a worldwide thing.”

He continued, “I wanna be one of the greats. I wanna leave a legacy and I just wanna make sure my next generation is set up good, and everybody around me is happy.”

Thanks to the success of “Whoopty,” CJ ended the year with 65 million Spotify streams with a total of 8.2 million listeners and 592,700 hours of playback. As of December 7, it’s his only solo single on the platform.