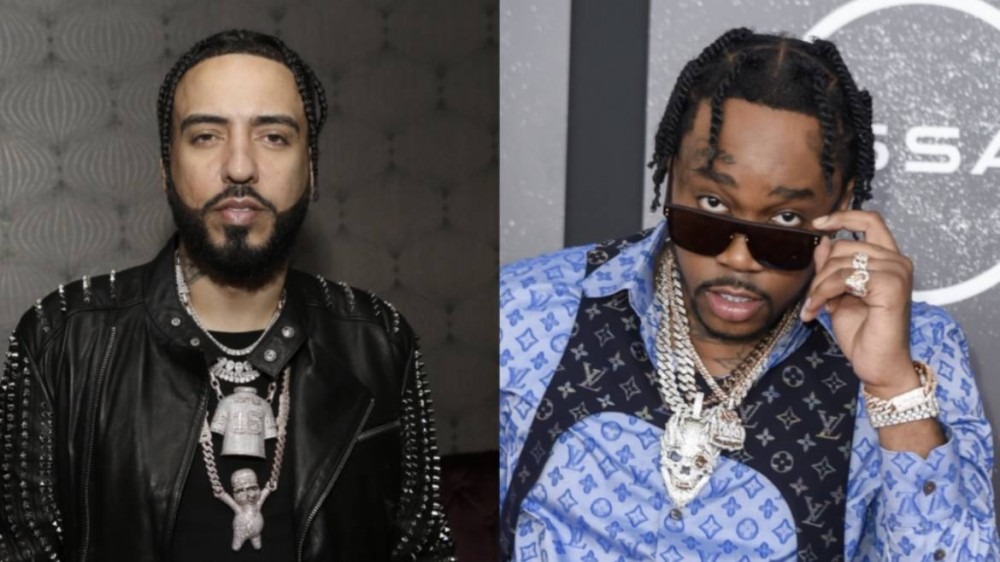 French Montana is getting ready to release his fourth studio album, They Got Amnesia. He’s already got the ball rolling with one single titled, “I Don’t Really Care,” but French is keeping his foot on the pedal with another new song.

On Friday (November 5), French Montana unleashed a new collaborative effort with Fivio Foreign titled “Panicking.” The song comes with an accompanying music video that finds the two New York rappers breaking into a cargo plane and coming across a crate of money. They jump out of the plane and suddenly find themselves in spa full of women.

“Soon as I come through the spot niggas knowin’ what’s up/If he want smoke, when I see him, I’m rollin’ him up,” Fivio raps.

French takes the reins after Fivio with a verse flexing on his opposition saying, “Break a bitch down, break a, break a bitch down/She was your girl, but she my bitch now (Now)/French baker whippin’ up forty M’s (Whip it, whip it)/Your favorite rapper naked on their OnlyFans.”

“Panicking” comes following the mini beef French and Fivio had last year. Fivio felt French wasn’t giving him proper credit when The Bronx rap star tapped into the Brooklyn drill sound when he teased a song with Jim Jones in April.

French’s They Got Amnesia is expected to drop on November 12. There’s no word on features yet, but the project serves as the official follow-up to 2019’s Montana and the first project since CB5, which dropped last November.