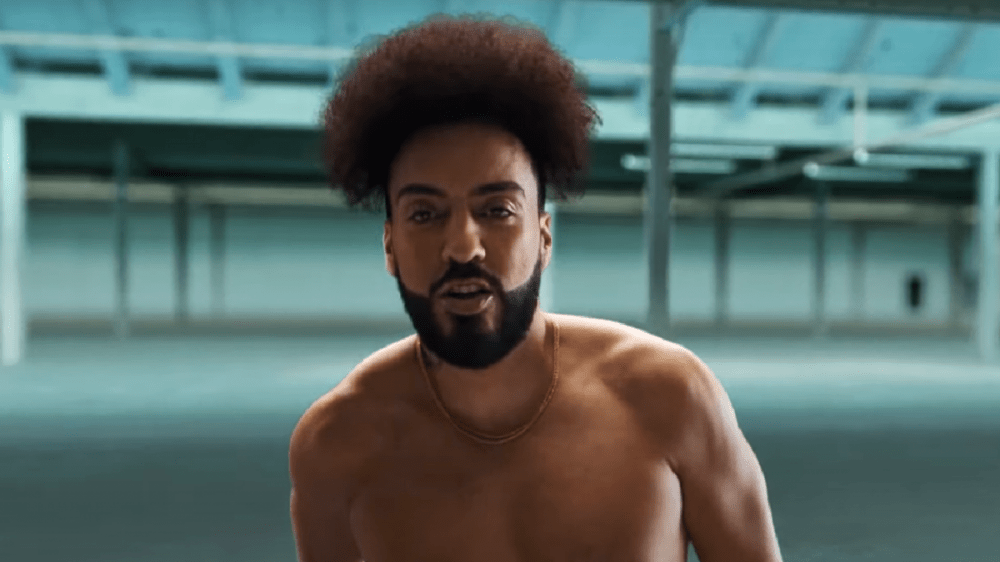 After claiming “FWMGAB” was “song of the summer” in New York City in 2021, French Montana is setting his sights on another Empire State smash before the year’s out.

On Friday (October 29), the Bronx rapper returned with his new single, “I Don’t Really Care,” which serves as the latest taste of his upcoming studio album They Got Amnesia.

The Boi-1da, SMPLGTWY, Elemantastic and Cydney Christine-produced track arrives with an accompanying video that finds French Montana recreating several iconic rap videos and R&B moments from over the years.

Directed by Edgar Esteves and French Montana, the clip pays homage to Childish Gambino‘s shirtless “This Is America” video, Eminem‘s pre-battle bathroom mirror scene from “Lose Yourself” video and the shoot-out from Drake‘s “Hold On, We’re Going Home” video.

The “I Don’t Really Care” video even contains a not-so-subtle jab at Donald Trump as French drinks from a bottle of bleach while stood at a Presidential press conference podium — a nod to Trump’s idiotic suggestion that people should drink disinfectant to combat COVID-19.

Despite the title of his new single, French Montana showed he really does care earlier this week. After a Squid Game meme poking fun at his knack for having guest features on songs went viral, French fired back by tweeting a list of his extensive solo hits on Twitter.

That kickstarted a wave (pardon the pun) of boasting from French, who proceeded to remind fans of the rest of his accomplishments, such as dropping Coke Wave classics with Max B, coining the ad-lib “HAANNNNN!” and discovering Lil Durk and Harry Fraud.

French repeatedly used the phrase, “THEY GOT AMNESIA” in his tweets — which it turns out was a reference to his forthcoming album. Expected to arrive on November 12, They Got Amnesia will serves as the official follow-up to 2019’s Montana and marks French’s first project since CB5, which dropped last November.