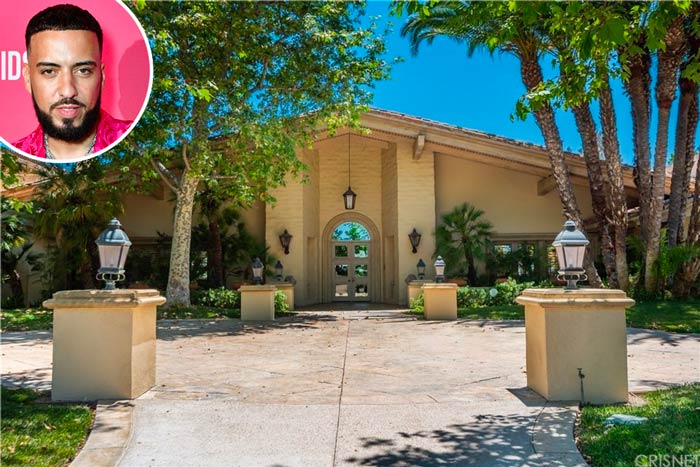 French Montana is moving on up.

The rapper has dropped $8.4 million on a mansion in L.A.’s guard-gated enclave of Hidden Hills in L.A.’s San Fernando Valley. The 1.35-acre property, which was listed for $9.5 million, was previously owned by Clippers star Paul George, who paid $7.4 million back in 2016.

According to Variety, the nearly 16,000-square-foot manor was built in 1989 and “resembles a modern-meets-old-world-Tuscan style confection.” Features include a 4,000-square-foot great room, movie theater, gym with steam shower, wine cellar, and chef’s kitchen. The backyard boasts a basketball court, outdoor kitchen with BBQ, and an entertainer’s patio with a fireplace.

The “Unforgettable” hitmaker also owns a Tuscan-style mansion in nearby Calabasas, which he bought from Selena Gomez in 2016 for $3.3 million. The property was listed for $5.6 million earlier this year, but has since been taken off the market.

French’s new estate is situated in the desirable Hidden Hills pocket of Ashley Ridge, close to his celebrity friends Drake and the Kardashians. Other famous residents include Lori Loughlin and Mossimo Giannulli and legendary sportscaster Vin Scully, who lives next door.