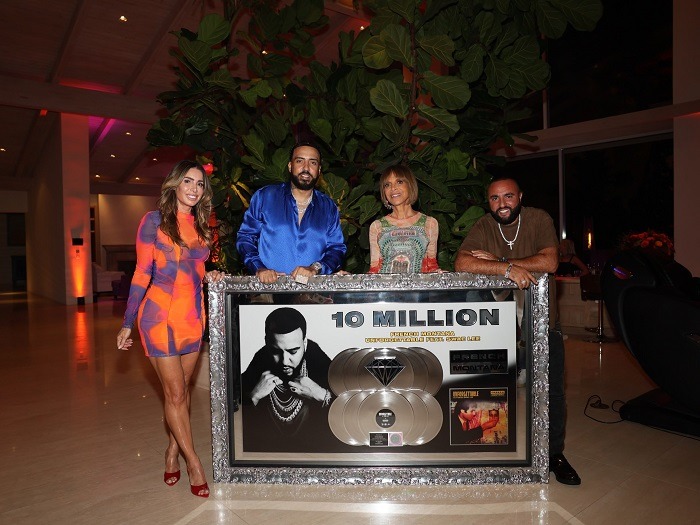 French Montana held a private dinner and plaque presentation at his home to celebrate receiving the RIAA’s coveted rare diamond award for his 2017 smash song “Unforgettable,” featuring Swae Lee. He now has the distinction of being the first male artist from the South Bronx and the first artist born in Africa to receive diamond certification.

He recently launched the summer with the much-praised tape, Montega, featuring Harry Fraud. As a result of collaborating with the renowned and well-respected producer, it received millions of streams almost immediately.

On Thursday, August 25, the GRAMMY Museum in Los Angeles will host the official debut of French’s new joint venture, NAQI Healthcare, in collaboration with Guardian Recovery Network. Through in-home and private accommodation detoxification services for clients in Florida, New York, Texas, and California, NAQI wants to increase access to addiction treatment for clients who value their privacy, with future intentions to extend program availability to clients across the nation. NAQI is donating 10% of all profits to MusiCares. MusiCares, a 501(c)3 organization run by the Recording Academy, has helped millions of musicians in need by providing them with medical, financial, and rehabilitation assistance.